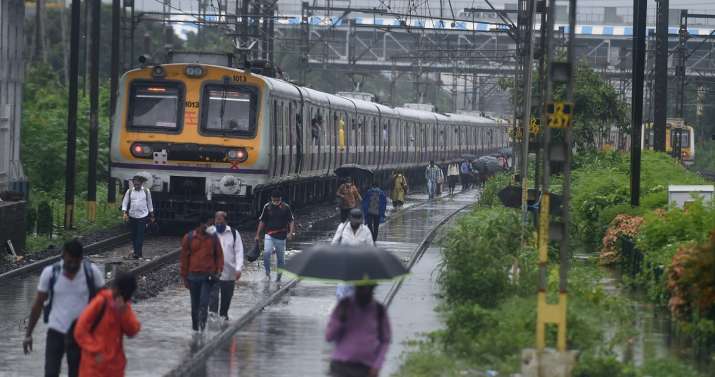 Amid gushing rains battering the Konkan region, a train from Mangaluru on the way to Mumbai was hit by a massive landslide in Goa. Shortly after the train went off tracks, local reports identified the train as 01134 Mangaluru Jn – CST Terminus Express Special, which had been diverted via Madgaon-Londa-Miraj due to an overflowing Vashishti river.

The train was derailed on the Dudhsagar-Sonaulim section in Goa with the engine and the first general running off the tracks. No passengers were injured.

Passengers on the affected coach were shifted to other coaches and the train was sent back to Kulem, according to last known reports.

Several parts of Goa, including Sattari and Bicholim tehsils in the north and Dharbandora in the south, are reeling under a flood-like situation, and a large number of houses were inundated as the water level of some rivers rose following heavy rains over the past few days.