Yogi Adityanath to contest from Gorakhpur; BJP to field all top leaders in UP polls 2022: Sources 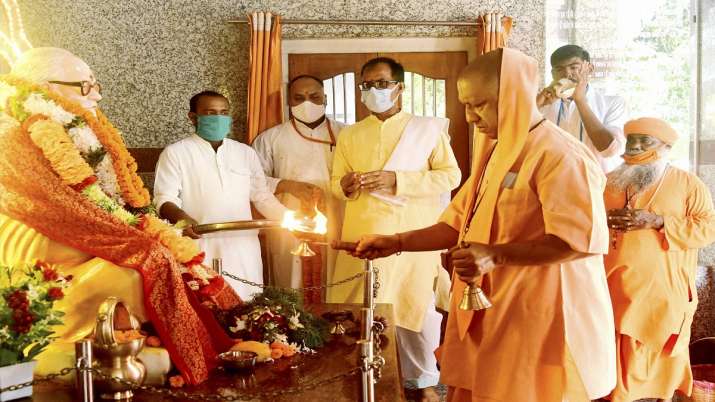 The Bharatiya Janata Party is leaving no stone unturned to win the Uttar Pradesh Assembly elections 2022. The top brass of the party is planning to field its top leadership in the upcoming state polls, sources said. The leader who will contest polls includes – CM Yogi Adityanath, Dy CMs Keshav Prasad Maurya and Dinesh Sharma, and BJP leaders Swatantra Dev Singh, Mahendra Singh. The saffron party holds an overwhelming majority of 312 seats in the 403-seat Assembly.

CM who is currently nominated to the Legislative Council, will contest the polls from his home district Gorakhpur. Similarly, other MLCs like Maurya will contest from Sirathu seat of Kaushambi, Dinesh Sharma from Lucknow and Dr. Mahendra Singh from Kunda seat of Pratapgarh, sources said.

Blowing the poll bugle, Prime Minister Narendra Modi, during his recent visit to Varanasi, had heaped praises on Yogi for handling the Covid-19 pandemic. PM Modi said the way Yogi had controlled the second Covid wave was “unprecedented”.  A senior party functionary had said that back to back words of appreciation sent a strong message against the Adityanath detractors that they must get themselves ready to fight the Uttar Pradesh assembly polls under his leadership.

A party insider pointed out that the removal of Santosh Gangwar from the union cabinet also cemented Adityanath’s position in the state even before the words of praise came from the Prime Minister and the party chief.

The recent thumping victory of the saffron party in zila panchayat and blockhead elections has also established the political skills of chief minister Adityanath.

ALSO READ: Yogi Adityanath to remain boss in UP as party gears up for assembly polls