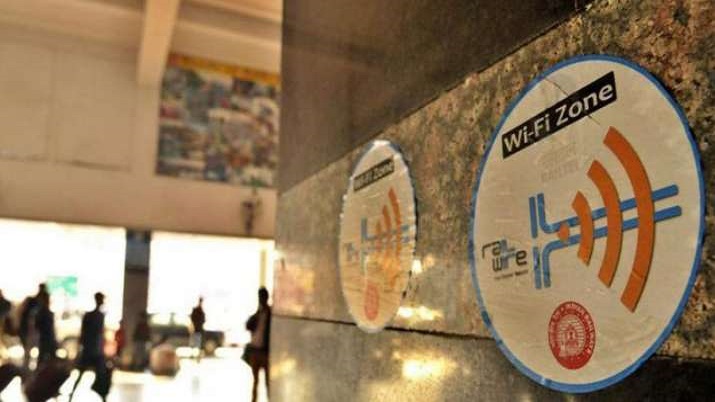 On the instructions of Chief Minister Yogi Adityanath, the urban development department officials are now busy with the campaign to provide free WiFi facility to the people. Divisional Commissioners, District Magistrates and Municipal Commissioners have been instructed to provide the facility at major public places.

They have been instructed to make sure the hotspots for WiFi services are identified so that from August 15, people in the state can get the free facility at every bus station, places near the railway stations, tehsils, courts, block offices, registrar offices and main markets in each city of Uttar Pradesh.

The BJP government in Uttar Pradesh had promised to provide free WiFi facility to the people of the state in its poll manifesto. After it came to power, free WiFi facility was provided at Lucknow and major places in various cities.

For this purpose, hotspots were set up in Hazratganj area of Lucknow to provide WiFi facility to the people.

Now on similar lines, CM Yogi Adityanath has decided to extend this scheme to major public places in every district headquarters, municipal councils and 17 municipal corporations.

According to officials, the facility will be available at two places in major cities (municipal corporations) and at one place in small cities. Under this scheme the state government will provide this facility in cities with municipal corporations like Lucknow, Kanpur, Agra, Aligarh, Varanasi, Prayagraj, Jhansi, Bareilly, Saharanpur, Moradabad, Gorakhpur, Ayodhya, Meerut, Shahjahanpur, Ghaziabad, Mathura-Vrindavan and Firozabad as well as municipal council cities.

Civic officials will tie up with Internet companies for the free WiFi facility. Special care will be taken about Internet speed.

Municipal commissioners and executive officers have been instructed that smart city projects or urban bodies will bear the cost of providing this service.

ALSO READ | Yogi Adityanath to contest from Gorakhpur; BJP to field all top leaders in UP polls 2022: Sources

Uttar Pradesh Govt To Provide Free Wifi In Every City From August 15; Know All About It