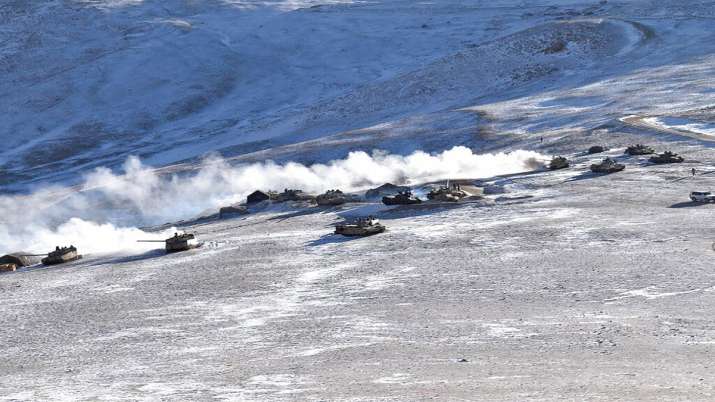 The Indian Army pulled out units engaged in counter-terrorism operations in the Northern Command area to deploy them along the Line of Actual Control (LAC) in the Eastern Ladakh area some months ago in order to tackle the Chinese forces.

It was months ago when the counter-terrorism division was pulled out of operations from within the Northern Command area and deployed along the LAC in Ladakh to strong India’s defence.

ANI quoted government sources saying, “The division-size formation (around 15,000 troops) was moved from counterterrorist operations to the Ladakh area to tackle any possible attempt by the Chinese to show aggression there.”

The movement of the formation has helped the Army to maintain reserves tasked for operations along the Northern borders.

The reserve formation positioned in the Sugar sector is trained for high mountain warfare and conducts war games in the cold desert areas of Ladakh every year. Since last year, they have been heavily involved in the stand-off with China since last year.

Army has filled in the gaps created due to the movement of the division to the forward positions using the resources available to it.

ALSO READ | India can be at par with US and China by 2047, says Mukesh Ambani

India deployed around 50,000 troops in the eastern Ladakh sector and has helped increase the force levels by more than double.

In view of the Chinese aggression, the 14 Corps in Leh now has two divisions under it to take care of the China border including the Karu-based 3 Division. Some additional armoured units have been deployed in the area which is seeing heavy troop mobilisation since last year.

A year after the deadly clashes between Indian and Chinese armies in the Galwan Valley in eastern Ladakh, India is better prepared to deal with any eventualities along the Line of Actual Control (LAC) as the trust deficit between the two sides persists.

In the first deadly clash in the border area in nearly five decades, 20 Indian soldiers were killed on June 15 last year in the Galwan Valley, triggering a large deployment of troops and heavy weaponry by both armies at the friction points.

In February, China officially acknowledged that five Chinese military officers and soldiers were killed in the clashes with the Indian Army though it is widely believed that the death toll was higher (almost 40).

It is learnt that the Chinese military has also enhanced its positions in several depth areas in the high-altitude region.