We expected Chanu to strike gold, but silver is like gold for us: Mirabai’s family 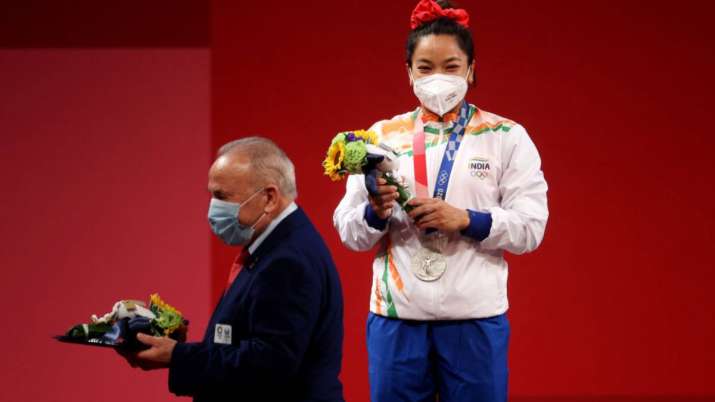 The family members of Indian weightlifter Mirabai Chanu, who won a historic silver medal in the women’s 49 kg category at the ongoing Tokyo Olympics on Saturday, are elated by her success, though they expected her to strike gold.

Chanu’s elder brother Binod Meitei said that after winning the silver, she called her mother Saikhom Tombi to share the good news, adding that the lifter had also called before the completion got underway.

“Though Chanu could not secure the gold, we are very much happy and thrilled by her performance. The silver medal is like a gold for all of us,” Binod told IANS over phone from the Nongpok Kakching village in Imphal East district in Manipur.

Chanu belongs to a low-income family comprising eight members, most of whom are into farm work.

Saikhom Kriti Meitei, Chanu’s father, said that they saw their daughter’s triumphant performance live on television with tears of joy in their eyes, as their daughter made the country proud in an international platform.

“All her hard work has led to the grand success,” a cheerful Saikhom told IANS.

Relatives, friends and well-wishers had gathered at their small house in Nongpok Kakching village in Laimaning to witness Chanu script history in Tokyo, the proud father said.

“We are mostly vegetarian, but tonight we would prepare a non-vegetarian dinner to celebrate her success,” he said.

“Our daughter opened the account for India. It’s exciting. We wanted her to win gold, but this silver is like a gold medal for us. We are very happy and proud for Chanu,” he added.

Chanu’s village Nongpok Kakching is in a Covid-hit locality and hence the family did not allow too many people to enter their home, restricting the crowd to close relatives and immediate neighbours.