Karnataka: CM Yediyurappa says faced several challenges from day one as he stares at his exit 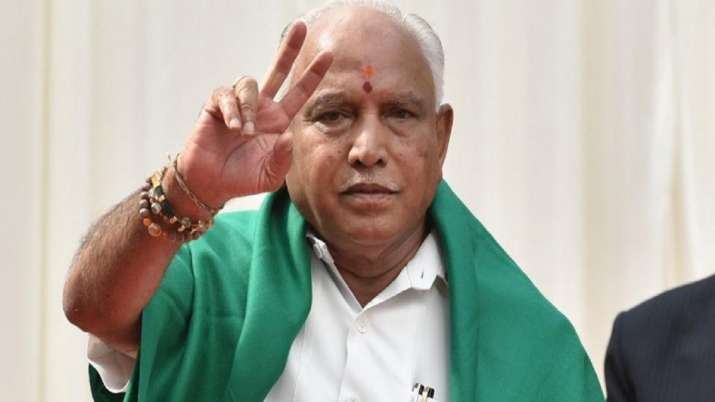 Karnataka Chief Minister BS Yediyurappa on Saturday said he had to face several challenges from the day he took charge as the CM but is satisfied that he has made honest efforts to better the lives of the people. Yediyurappa’s remarks have come at a time when speculations are rising that the state is going for a possible leadership change.

The Chief Minister also said that he feels proud to have paid back to the people of Shivamogga district and his Shikaripura constituency, by ensuring its all-around development.

“I am satisfied that in the last two years we put maximum efforts into the development of Shivamogga district. The projects that are being inaugurated are evidence for it. I feel proud to say that through all-around development, I have made honest efforts to pay back to the people of Shivamogga district, and more specifically Shikaripura taluk, which gave me political birth,” Yediyurappa said.

“From the day I took charge as the Chief Minister till now, I had to face several challenges like natural disasters that the state had never faced in the past and the corona pandemic, which ravaged lives. Now once again there is a flood-like situation,” Yediyurappa noted.

Stating that he has spoken to Deputy Commissioners of eight districts, including Shivamogga, and directed them to take up relief and rescue works,” he said.

“I’m satisfied that despite all these (challenges), I have been able to take steps to improve the living standard of the people and their financial position. …I thank the people for their support in facing the challenges.”

Yediyurappa resigning on July 25 or 26?

Indicating that Monday might be his last day in office, Yediyurappa had recently said that based on the instructions that the central leaders will give him on July 25, he will begin “his work” from July 26.

His government will complete two years in office on July 26.

Yediyurappa, who began his political career as Purasabha president in Shikaripura, was first elected to the Legislative Assembly from Shikaripura in 1983 and went on to win eight times from there.

The Chief Minister’s elder son B Y Raghavendra is the MP from the Shivamogga Lok Sabha constituency. Pointing out various initiatives on infrastructure development, irrigation works to provide water to farms, filling up of lakes in Shivamogga, among others, Yediyurappa expressed confidence that the irrigation projects taken up in the district would change the financial condition of the farmers in the days to come.

Noting that Shivamogga airport work at Sogane village was under progress, he said the Rs 384 crore airport is viable for operating Airbus aircraft and would also benefit neighboring districts in terms of tourism, industries, and employment generation. The airport will start operations by next April, he added.