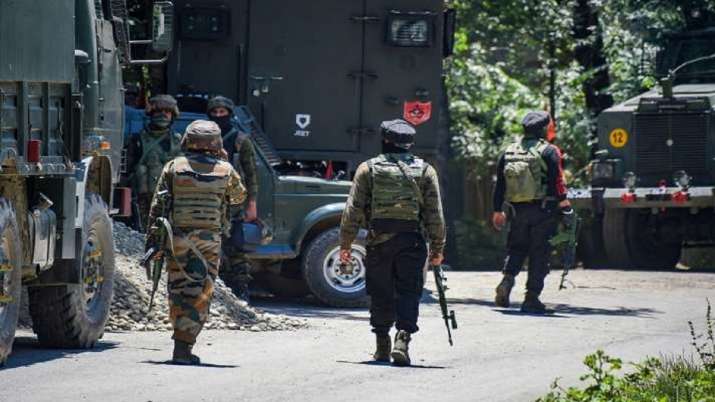 At least three unidentified terrorists were killed in an encounter with security forces in the forest region of Shokbaba Sumlar-Aragam area of Bandipora, Jammu and Kashmir on Saturday.

The security operation was launched on a specific input by police regarding the presence of terrorists in the forest area of Shokbaba Sumlar-Aragam area of Bandipora.

Following the tip-off, a joint cordon and search operation was launched by Bandipora Police, 13RR, 14RR, Para (SF), MARCOS and CRPF in the said area.

During the search operation, the hiding terrorists fired on the joint search party. The fire was retaliated leading to an encounter.

In the initial exchange of fire, one army personnel of 14RR received gunshot injuries. He was immediately rushed to a nearby hospital for treatment of his injuries.

Though three terrorists have been neutralised so far, the encounter is still underway.