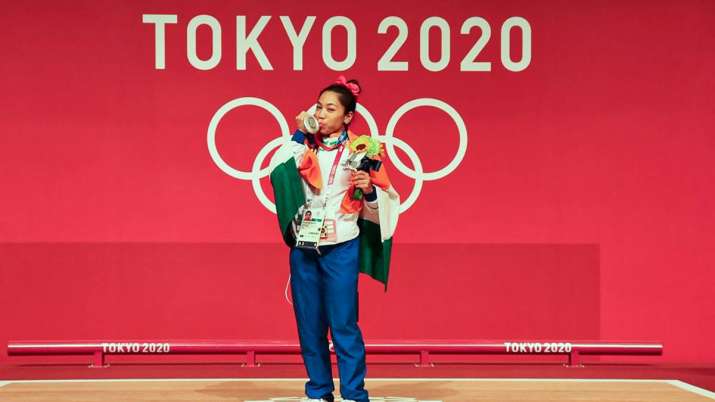 Manipur Chief Minister Biren Singh broke the news during the meeting which was chaired by the Union Home Minister following which everyone in the meeting here gave the standing ovation with pride, they said.

Singh announced a Rs 1 crore package besides other perks an Olympian enjoys besides reserving a special post for the 26-year-old Manipur woman.

“I broke the news to everyone in the meeting that Mirabai has opened the medal tally for India in the Olympics with a silver medal. On hearing the news, Amit Shah ji was so delighted and reached out for the mic saying it is a great pride for India,” Biren posted a video of his video conversation with the Olympian.

“Everyone along with Amit Shah ji gave a standing ovation during the conference,” he said.

All eight CMs of the Northeast are attending a meeting presided over by Shah in Meghalaya’s capital Shillong.