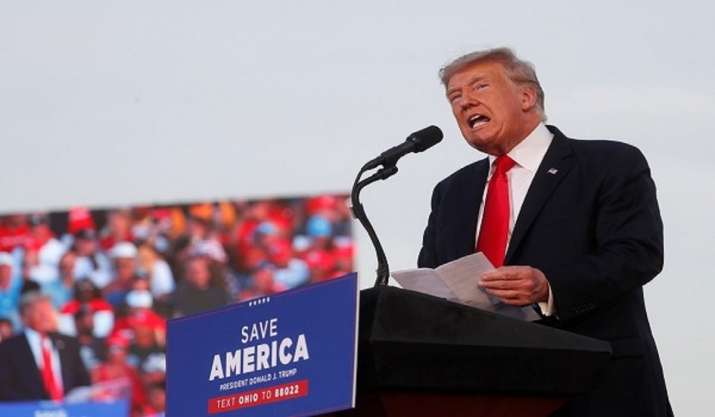 Former US President Donald Trump has criticized the administration of US President Joe Biden for its approach to dealing with COVID-19 and the current energy policy, as well as an array of other issues, including border security.

Speaking at the Turning Point USA Student Action Summit in Phoenix, Arizona, on Saturday, Trump said the Biden administration has been “negotiating with OPEC and Russia.” “Now we’re not energy independent,” Trump said.

Earlier this month, the OPEC+ countries decided to extend the agreement on oil production cuts until the end of 2022. The US does not participate in OPEC talks, but Washington has expressed support for the negotiations.

Trump also criticized Biden for allowing the Nord Stream 2 gas pipeline project to go ahead, and laughed at claims of reported Russian involvement in the Hunter Biden laptop hack. “Russia did it again,” Trump told the Turning Point USA Student Action Summit in Phoenix, pointing out that “it’s always Russia” because “they are getting rich from China” but not from Russia.

Trump also criticized the current administration in Washington for not doing enough to stop the spread of COVID-19 and once again blamed the pandemic on China, saying it should “pay us retribution.”

The former president reiterated his claim that the presidential elections last year were rigged, saying that the Democrats cheated with “millions of votes” in 2020. Trump called the election a “disgrace” and told the Turning Point USA Student Action Summit that “our nation is being destroyed.”

The former US president pointed to increasing violence and crime in the US, saying that defunding the police and weakening law enforcement is going to make the situation worse.

“Hundreds of people are being shot every weekend” in Chicago, Trump said, stressing that the city is “worse than any war zone.” He also emphasized that crime rates are at unprecedented high in New York.

“We’re becoming a communist country,” Trump emphasized, adding that the current leadership is allowing the US to get “pushed around” by other countries.

He said that the current administration is responsible for the influx of immigrants who continue crossing the southern border. Trump also criticized the Green New Deal (GND) on climate change.

Ashutosh Rana opens up about recreating emperor Aurangzeb on screen