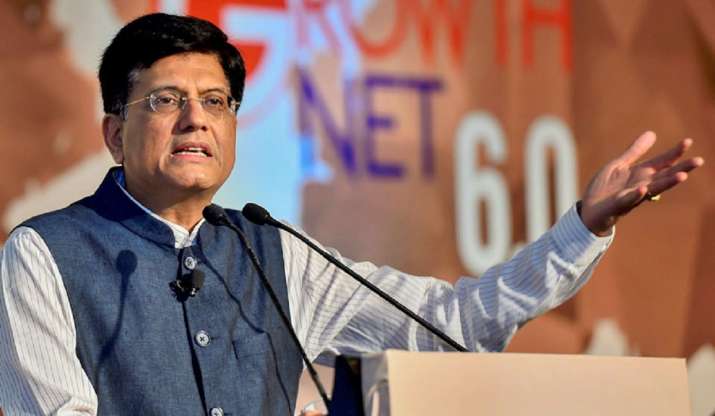 Despite COVID-19 disruptions, there are clear indications of economic revival in India said Union Minister Piyush Goyal on Saturday. Addressing the Plenary Session of CII- Horasis India Meeting 2021 on India’s Emerging Industry and Trade Architecture”, Goyal said noted that exports from India are going up and foreign direct investment (FDI) inflows are at their highest.

He further added that labour intensive and employment-generating sector of Engineering goods has also registered a growth of 33.70 per cent in the third week of July with respect to 20-21.

“India has broken into the top 10 list of Agriculture produce exporters as per WTO report. The Indian growth story is now being reflected across all the sectors from the ease of doing business to exports and from Startups to Services, India is taking giant leaps in each sector,” he said.

He further stated that there is a new energy in India’s startup space. “In just the first six months of 2021, India has been to see 15 more unicorns,” he noted.

Goyal said that today, India is the preferred destination for Industry, Investment and Innovation.

“This situation has arisen as a result of consistent efforts to bring structural changes in the last seven years. Some of these key changes include large scale digitisation, modernisation, simplification and facilitation,” the Minister said adding that growth-centric reforms have enabled India to embark on a holistic economic transformation and as a result, the country is growing with “SPEED – Stability, Productivity, Enterprise, Entrepreneurship and Demand.”

“Under Prime Minister Narendra Modi, India has set itself upon the path to becoming “Aatmanirbhar Bharat”– self-reliant and self-sufficient.

Aatmanirbhar Bharat is the recipe for rebuilding, revitalising and building resilience in the economy. ‘Self Reliant India’ does not mean closing our doors to the world, on the contrary, it empowers us to engage with greater confidence and competitiveness,” he noted.

Goyal also implored that Indian Industry must rest on strong foundations of “quality, productivity and economies of scale”.

He said that under PM Modi, India decided to revolutionise its manufacturing sector by bringing the PLI Scheme – to produce national manufacturing champions in each sector.

Speaking about the progress and opportunities in the Textile sector, the Minister said that India’s textile sector is one of the largest employers in India and is now poised to become the largest exporter as well.

He said that all stakeholders of India’s economic progress and participants in the session should look for emerging short-term and long-term growth opportunities.

The minister added that the Government of India is standing strong with a resolve for “Building a strong India of Tomorrow”.