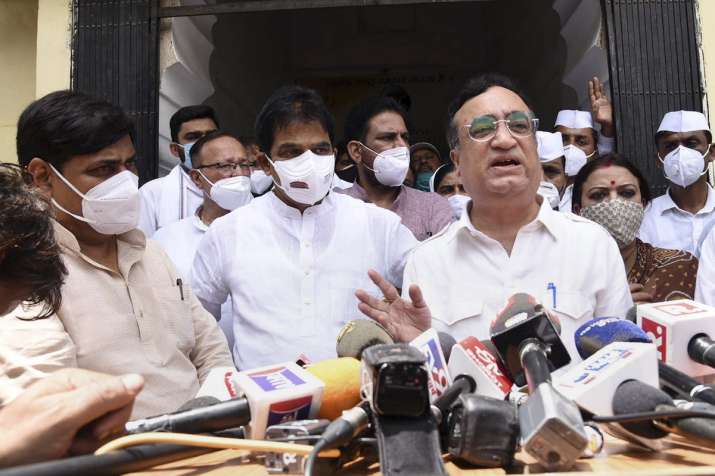 AICC general secretary Ajay Maken on Sunday said there is no contradiction among the party’s leaders in Rajasthan on the issue of cabinet reshuffle and that they have expressed confidence in the high command for the decision. After meeting ministers, MLAs and office bearers at the party office here, Maken said all of them have unanimously left the decision of the cabinet reshuffle on the party high command.

However, Maken did not disclose a date of the cabinet expansion.

“I can say that there is no contradiction among the party leaders and they all have left the final decision about the cabinet expansion to the party high command,” he told reporters.

Maken, together with AICC general secretary (organisation) K C Venugopal, arrived at the party office in Jaipur for the meeting. He said issues like inflation and the Pegasus matter were discussed.

Maken said he would come to Jaipur again on July 28 to hold discussions with MLAs on the appointment of district and block presidents of the party.