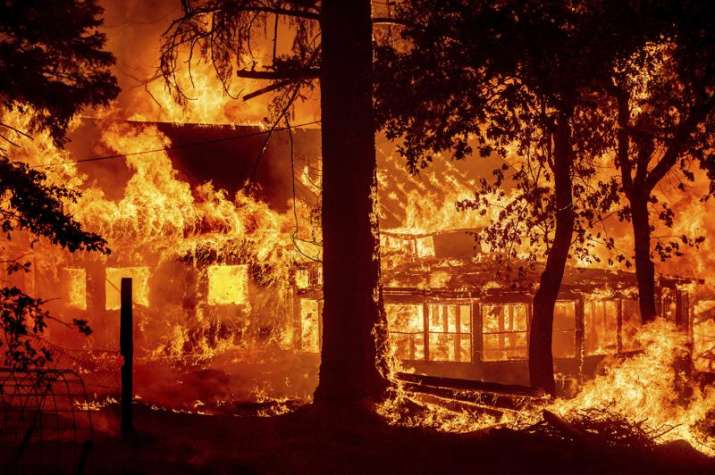 The Dixie fire, which started July 14, had already leveled over a dozen houses and other structures when it tore through the tiny community of Indian Falls after dark.

An updated damage estimate was not immediately available, though fire officials said the blaze has charred more than 181,000 acres (73,200 hectares) in Plumas and Butte counties and was 20% contained.

The fire was burning in a remote area with limited access, hampering firefighters’ efforts as it charged eastward, fire officials said. It has prompted evacuation orders in several small communities and along the west shore of Lake Almanor, a popular area getaway.

Meanwhile, the nation’s largest wildfire, southern Oregon’s Bootleg fire, was nearly halfway surrounded Saturday as more than 2,200 crew members worked to corral it in the heat and wind, fire officials said. The growth of the sprawling blaze had slowed, but thousands of homes remained threatened on its eastern side, authorities said.

“This fire is resistant to stopping at dozer lines,” Jim Hanson, fire behavior analyst, said in a news release from the Oregon Department of Forestry. “With the critically dry weather and fuels we are experiencing, firefighters are having to constantly reevaluate their control lines and look for contingency options.” 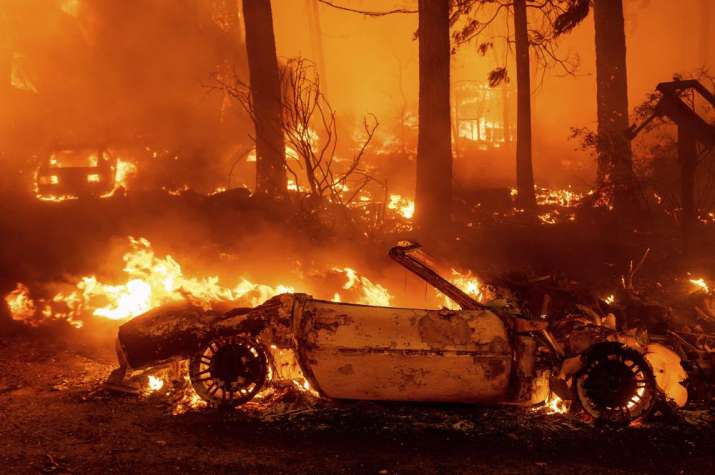 In California, Gov. Gavin Newsom has declared a state of emergency for four northern counties because of wildfires that he said were causing “conditions of extreme peril to the safety of persons and property.” The proclamation opened the way for more state support.

Such conditions are often from a combination of unusual random, short-term and natural weather patterns heightened by long-term, human-caused climate change. Global warming has made the West much warmer and drier in the past 30 years.

On Saturday, fire crews from California and Utah headed to Montana, Gov. Greg Gianforte announced. Five firefighters were injured Thursday when swirling winds blew flames back on them as they worked on the Devil’s Creek fire burning in rough, steep terrain near the rural town of Jordan, in the northeast part of the state.

They remained hospitalized Friday. Bureau of Land Management spokesperson Mark Jacobsen declined to release the extent of their injuries, and attempts to learn their conditions Saturday were unsuccessful. Three of the firefighters are U.S. Fish and Wildlife Service crew members from North Dakota, and the other two are U.S. Forest Service firefighters from New Mexico.

Another high-priority blaze, the Alder Creek fire in southwest Montana, had charred over 6,800 acres (2,750 hectares) and was 10% contained Saturday night. It was threatening nearly 240 homes. 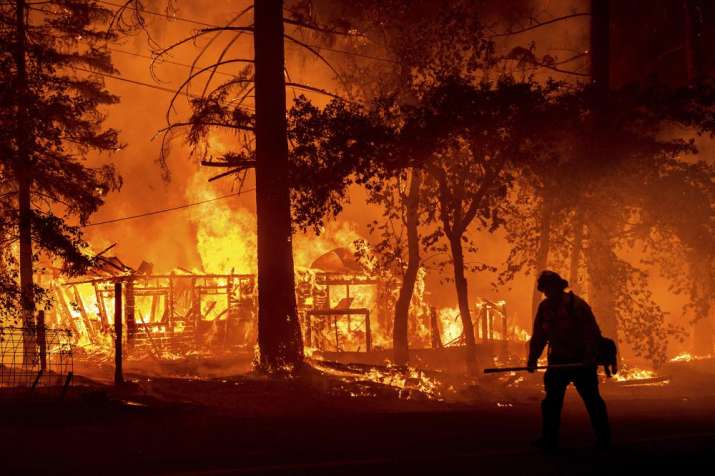 Elsewhere in California, the Tamarack fire south of Lake Tahoe continued to burn through timber and chaparral and threatened communities on both sides of the California-Nevada state line. The fire, sparked by lightning July 4 in Alpine County, has destroyed at least 10 buildings.

Heavy smoke from that blaze and the Dixie fire lowered visibility and may at times ground aircraft providing support for fire crews. The air quality south of Lake Tahoe and across the state line into Nevada deteriorated to very unhealthy levels.

In north-central Washington, firefighters battled two blazes in Okanogan County that threatened hundreds of homes and again caused hazardous air quality conditions Saturday. And in northern Idaho, east of Spokane, Washington, a small fire near the Silverwood Theme Park prompted evacuations Friday evening at the park and in the surrounding area. The theme park was back open on Saturday with the fire half contained. 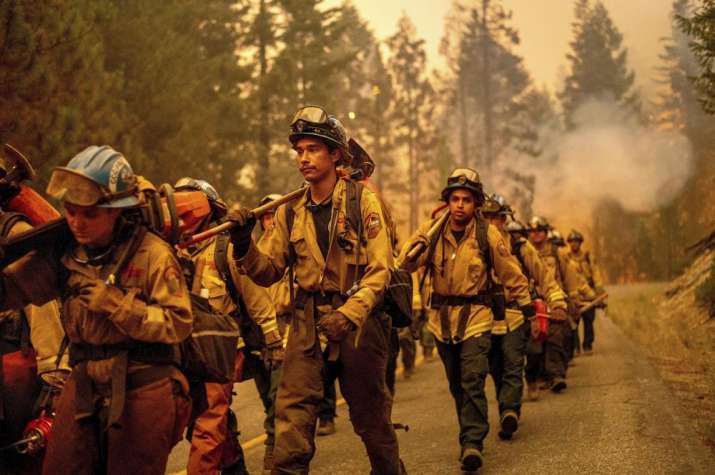 Although hot weather with afternoon winds posed a continued threat of spreading blazes, weekend forecasts also called for a chance of scattered thunderstorms in California, Utah, Nevada, Arizona and other states. However, forecasters said some could be dry thunderstorms that produce little rain but a lot of lightning, which can spark new blazes.

More than 85 large wildfires were burning around the country, most of them in Western states, and they had burned over 1.4 million acres (2,135 square miles, or more than 553,000 hectares).