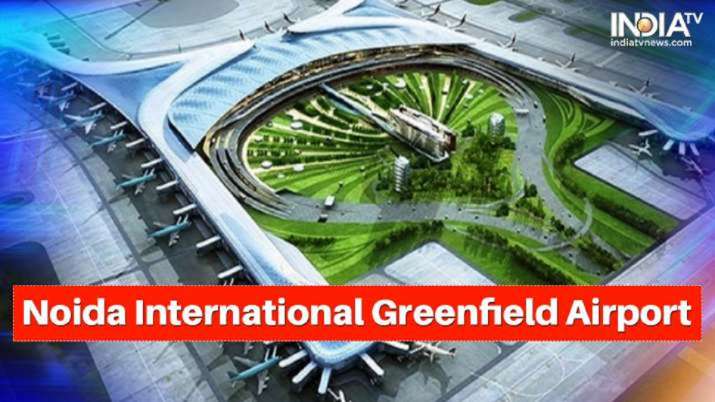 Unimpressed by the design of the proposed Noida International Airport, Uttar Pradesh Chief Minister Yogi Adityanath has directed officials to ensure “reflection of Indian heritage” in the main terminal building of the mammoth state project, according to sources.

The chief minister’s directions came during a recent review meeting of the greenfield airport which is coming up in Jewar in Gautam Buddh Nagar district, around 80 km from the Indira Gandhi International Airport (IGIA) in Delhi, the sources said.

The modern airport — billed to be India’s largest upon completion — is being developed at an estimated cost of Rs 29,560 crore by Swiss firm Zurich International Airport (ZIA) AG.

The developer had in early December selected a consortium consisting of Nordic, Grimshaw, Haptic and STUP as architects to design the passenger terminal of the Noida International Airport through a three-phase competition between June and August 2020.

According to one of the sources, Chief Minister Adityanath while reviewing the airport’s progress on July 17 in Lucknow said, “There should be a reflection of Indian heritage in the architecture of the main terminal building of the airport.”

“The officials should see how this will be done because the design has to be attractive but with a touch of Indian heritage,” the source quoted Adityanath as telling participants of the meeting which included Civil Aviation Minister Nand Gopal Gupta ‘Nandi’, Additional Chief Secretary to UP CM S P Goyal, Noida International Airport Limited (NIAL) CEO Arun Vir Singh and representatives of ZIA.

ALSO READ | Jewar Airport to have greenfield link to Delhi-Mumbai expressway: What we know

When contacted, NIAL CEO Arun Vir Singh told PTI, “The information had been conveyed to the concessionaire for the airport project as per directions of the chief minister.”

According to the sources, during the design presentation, the chief minister was also apprised of the features in the modern terminal building that is expected to handle an initial footfall of 12 million passengers annually.

The swanky building is proposed to have a large food court — the size of a football ground — located between the departure and arrival zones.

Eventually one more terminal building would be created which would be a “mirror image” of the original building as annual footfall increase over the years, they said.

Work is currently underway for the first phase of the Noida International Airport in an area of 1,334 hectares with two runways planned on it. The airport will also have cargo services, according to officials.

ALSO READ | Noida airport: When will the first flight take off