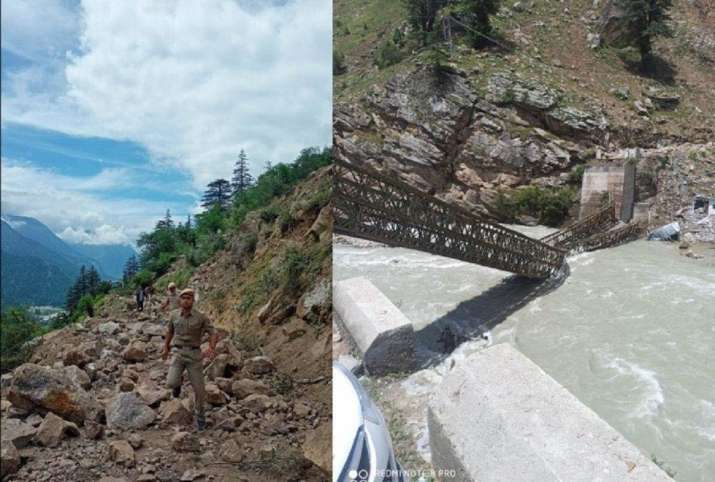 In a horrific incident in Himachal Pradesh’s Kinnaur district, a landslide on Sunday claimed lives of at least nine people. Batseri bridge also collapsed in the landslide.

In a video that surfaced, boulders could be seen rolling downhill, causing the bridge to collapse. Cars stationed below the bridge were crushed as it broke down into pieces.

According to Saju Ram Rana, Superintendent of Police in Kinnaur district, nine persons died, three suffered injuries. Meanwhile, rescue teams were deployed at the site. All the nine deceased are said to be tourists.

Himachal Pradesh Chief Minister Jairam Thakur inquired about the incident, and informed that immediate relief is being provided.

“I spoke to the Kinnaur district administration and inquired about the accident. The administration has started rescue operation at the spot & immediate relief is being provided there. I pray to God for speedy recovery of the injured,” Thakur said.

Prime Minister Narendra Modi has announced an ex-gratia of Rs 2 lakh each from PMNRF to the families of those who died in the accident.

On Saturday, Himachal Pradesh DGP Sanjay Kundu had raised an alarm, urging people not to venture too close to water bodies.

“Don’t venture too close to water bodies, especially in monsoons. HP is blessed with natural beauty, which attracts people to rivers, rivulets, lakes and ponds. Be reminded that 156 persons lost their lives due to drowning in the 13 month period between 01.01.2020 to 31.01.2021,” he said in a tweet.