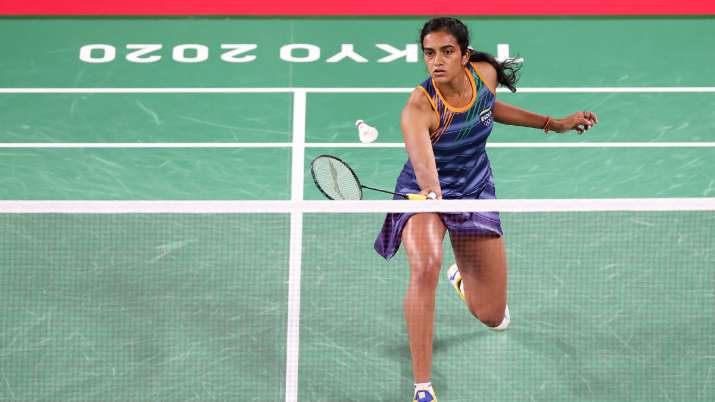 Three women athletes — the ageless wonder MC Mary Kom, world badminton champion PV Sindhu, and pioneer paddler Manika Batra — kept the Indian hopes alive on what was otherwise a bad day for the Indians at the Tokyo Olympics, made worse by the men’s hockey team getting hammered 7-1 by world No. 1 Australia.

All three of them won their matches comfortably, putting it across lower-ranked opponents to reach the next round in their quest for Olympic glory — Mary Kom and Sindhu hoping to add to the medals they won in the earlier editions, while Manika keeping alive her chances of a first triumph.

The only positive news for Indian men came from the Sea Forest Waterway where India’s lightweight double scull pair of Arjun Lal Jat and Arvind Singh came third in their repechage race and qualified for the semifinals.

But it was otherwise a Ladies Day for India at the Olympics.

In the boxing ring, Mary Kom was as magnificent as ever as she convincingly defeated an opponent 15 years her junior, out-punching Miguelina Hernandez Garcia of the Dominican Republic in all three rounds in the 51kg category.

Sindhu was up against an opponent ranked much lower than her but did not allow complacency to creep in as she beat Ksenia Polikarpova of Israel 21-7, 21-10.

In table tennis, Manika Batra came back from two games down to earn a sensational win over Ukraine’s Margaryta Pesotska in the second round of the women’s singles.

A day after weightlifter Saikhom Mirabai Chanu opened India’s medal account with a silver in women’s 49kg, another young woman could have joined her in flying the tricolour high but a major equipment malfunction cost Manu Bhaker a place in the finals of the women’s 10 metre air pistol as she could eventually finish 12th and failed to make the eight-shooter finals. Compatriot Yashaswini Singh Deswal could manage only the 13th position.

This brings us to the question as to what has gone wrong with the famed Indian shooters, who were expected to open the medal hunt on the opening day itself, but are yet to open their account despite an army of coaches and support staff at their disposal and a two-month-long training-cum-competition stint in Croatia before the Olympics.

It’s probably got a bit to do with their age. Many of these shooters are young and making their Olympic debut. The intense pressure of the Games is making it tough for them to hold their nerve and aim consistently at the bullseye, a prerequisite in a precision sport like shooting.

Even Abhinav Bindra won his Olympic gold in 10m air rifle in his third Olympics, and with the likes of Manu Bhaker, Saurabh Chaudhary and Divyansh Panwar barely out of their teens, handling pressure probably was the difficult part for them in Tokyo.

There was also disappointing news from the tennis courts as multiple-time Grand Slam winner Sania Mirza and Ankita Raina crashed out in the opening round, leaving Sumit Nagal as the lone hope in the men’s singles.

Gymnast Pranati Nayak, who qualified for the Olympics through a continental quota, failed to reach the 24-player finals in any of the five apparatus that were decided on Sunday.

Boxer Manish Kaushik, table tennis player G Sathiyan and swimmers Maana Patel and Srihari Nataraj too failed to make the next round in their respective events.

All these disappointments point to the fact that India has a long, long way to go to becoming a sporting superpower. It also is an indicator that while the country has immense sporting talent, nurturing it with proper scientific techniques is sadly lacking.