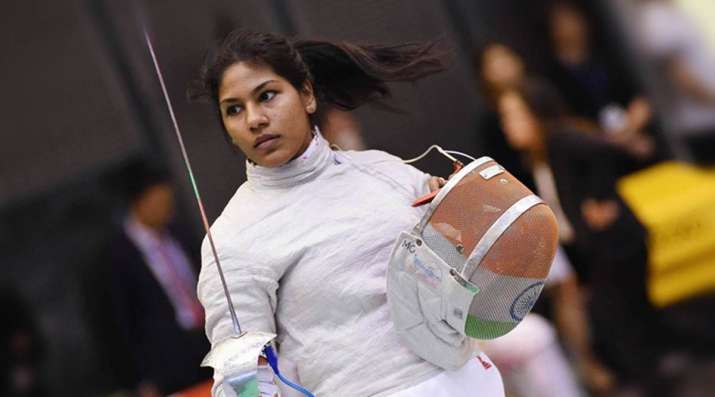 5:54 AM: The trio of Atanu Das, Pravin Jadhav and Tarundeep Rai will take on Kazakhstan in 1/8 Elimination round.

5:52 AM: But go nowhere as Indian recurve archery team will begin their hunt for medal in the men’s team event, beginning at 6AM.

5:44 AM: Folks! If you have joined the action late then you missed an opportunity to witness Indian history happening at the Tokyo Olympics. Becoming the lone fencer to compete at an Olympics, Fencer CA Bhavani Devi won on her debut, defeating the 36th seed Nadia Ben Azizi with a dominant 15-3 in the round of 64 of women’s individual sabre fencing. Later today, the nine-time national champion will now play her last-32 match against Frane’s Manon Brunet, who reached the semi-finals of 2016 Rio Olympics.

5:42 AM: Bhavani Devi reaches round of 32 where she will face France’s World No. 3 Manon Brunet.

5:37 AM: At the halfway stage, Bhavani has earned herself a 8-0 lead; Indian fans are surely having a good morning.

5:36 AM: The nine-time national champion is in command now, she has now 7-0 lead over Ben Azizi, needs 8 more points to win.

5:35 AM: Bhavani is on fire from the start, picks two points with two touches from the first two moves.

5:32 AM: In case you are not aware of how this sport works, it’s all about 15 touches Bhavani Devi needs to make on her Tunisian opponent to win the match.

5:31 AM: Irrespective of the result Bhavani produces, the Indian fencer deserves all respect for introducing India to a sport that has a rich history in the Olympics.

5:29 AM: The 29th seed Indian will be taking on the 36th seed Nadia Ben Azizi from Tunisia.

5:25 AM: Fencer Bhavani Devi is about to make her debut in women’s individual sabre fencing table of 64.

5:15 AM: Welcome to the live blog of Indian events of the Tokyo Olympics. There are plenty of Indian stars in action on Day 3 with medal rounds in few events. Let’s take a look at the complete schedule in the day ahead.

Welcome to the live blog of the 2020 Tokyo Olympics. Three women athletes — the ageless wonder MC Mary Kom, world badminton champion PV Sindhu, and pioneer paddler Manika Batra — kept the Indian hopes alive on what was otherwise a bad day for the Indians at the Tokyo Olympics, made worse by the men’s hockey team getting hammered 7-1 by world No. 1 Australia. The shooters continued to fire blanks as Divyansh Singh Panwar and Deepak Kumar finished 26th and 32nd respectively in the men’s 10m air rifle. There was also disappointing news from the tennis courts as multiple-time Grand Slam winner Sania Mirza and Ankita Raina crashed out in the opening round, leaving Sumit Nagal as the lone hope in the men’s singles.

Despite a disappointing day 2, there’s plenty of action in store from Day 3 for India with medal hopes in shooting events and some big names from other disciplines in action as well. Stay tuned as we will share the entire Indian schedule from Day 3 soon.