Ahead of Blinken’s visit, US asks Pakistan, India to work towards stable relationship 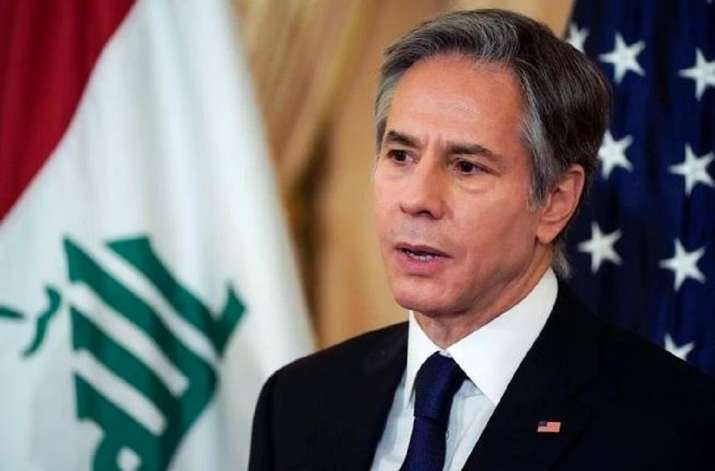 Just before the all-important visit of Secretary of State Antony Blinken to India and other destinations of South Asia and the Middle East, the US has issued a statement, encouraging arch-rivals India and Pakistan to work for a more stable relationship. Blinken is scheduled to visit India and other countries between July 26-29 in what is being said is an important tour in reference to the developing situation and increasing Afghan Taliban control in Afghanistan.

As per Acting Assistant Secretary for South and Central Asia Affairs Dean Thompson, Blinken would be discussing different options for what he called a “negotiated settlement” in Afghanistan.

Blinken is going to be landing in New Delhi on July 28 and is scheduled to meet External Affairs Minister Dr. S. Jaishankar and Prime Minister Narendra Modi.

As per details, India’s role in Afghanistan and relations with Pakistan is going to be on Blinken’s agenda during his visit to India.

“We strongly believe that India and Pakistan’s issues are ones for them to work out between themselves. Washington would continue to encourage better ties between South Asia’s two nuclear-armed neighbours,” said Thompson.

“We are pleased to see that ceasefire that went into place earlier this year has remained intact, and we certainly always encourage them to continue their efforts to find ways to build a more stable relationship going forward,” he added.

The US seems to have a keen interest in engaging India in seeing its increased role in Afghanistan, especially after the withdrawal of all foreign forces.

“We expect that all the countries in the region have a shared interest in a stable and secure Afghanistan going forward. We will certainly be talking to our Indian partners about how we can work together to realise that goal, to find ways to bring the partners together, and continue to pursue a negotiated settlement to the longstanding war,” said Thompson.

Interestingly, Blinken’s visit does not include a visit to Islamabad. However, the Biden administration has invited Pakistan’s National Security Advisor Moeed Yusuf and Director General of Inter-Services Intelligence (ISI) Lt General Faiz Hameed to Washington during next week for talks with the American counterparts.