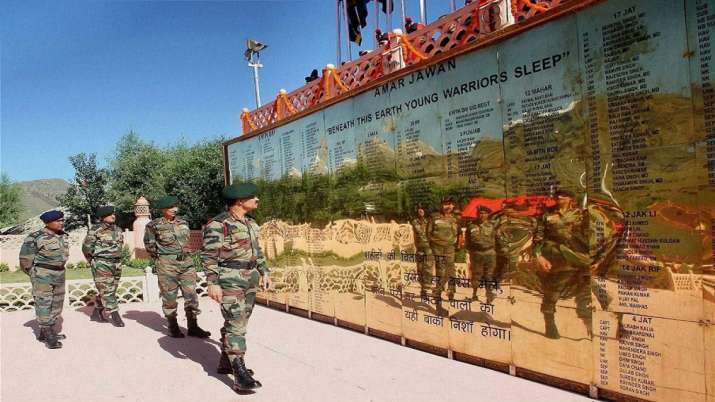 Kargil Vijay Diwas, Kargil War, Kargil Diwas: Today marks the completion of 22 years of the Kargil War, which is unanimously celebrated as the Kargil Diwas. On this day, the heroes of the Indian Army are remembered who lost their lives back in 1999 but ensured India’s win over Pakistan. In a war that lasted over 60 days in Ladakh’s Kargil, India ousted the neighbouring nation’s military forces and took back control of the high outposts in the region.

On the eve of Kargil Diwas yesterday, the epic battles of Tololing, Tiger Hill and others were recalled and 559 lamps were lit in a tribute to the martyrs at the Kargil War Memorial in Drass area of Ladakh as events to mark the 22nd Kargil Vijay Diwas commenced on Sunday in the presence of top military officers, family members of the army personnel and others.

Prime Minister Narendra Modi on Sunday urged the countrymen to salute the brave hearts of Kargil on July 26, when the nation will mark Kargil Vijay Diwas. Hailing the Indian armed forces, the prime minister said that the Kargil war is a symbol of valour and discipline of our security forces which the entire world has witnessed. He said that India will celebrate this day as ‘Amrut Mahotsav’.

President Ram Nath Kovind who commenced his Ladakh visit on Sunday is scheduled to visit Drass today to pay homage at the Memorial, located on the foothills of the Tololing.

Why is Kargil Diwas celebrated?

On July 26, 1999, India successfully took command of the high outposts. The Kargil war was fought for more than 60 days and ended on this day when the Pakistani army took advantage of the melting snow and – betraying the bilateral understanding of both the nations that the post would remain unattended during the winter season – took command of the high outposts of India. Kargil Diwas or ‘Kargil Vijay Diwas’ is celebrated in honour of the Kargil War’s Heroes. This day is celebrated in the Kargil–sector and the national capital New Delhi, where the Prime Minister of India pays homage to the soldiers at Amar Jawan Jyoti at India Gate every year. 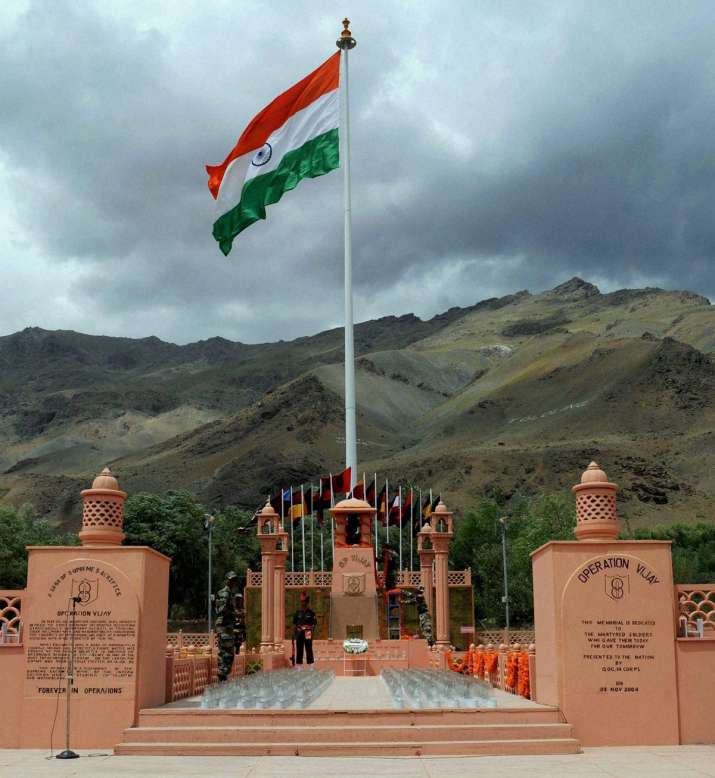 How did war break out among two neighbouring nations?

Up until the beginning of 1999, the air around the possibility of a 60-day war was rather thin. On the contrary, both countries signed the Lahore Declaration in February 1999, promising to provide a peaceful and bilateral solution to the Kashmir conflict. However, some elements of the Pakistani Armed Forces were covertly training and sending Pakistani troops and paramilitary forces, into territory on the Indian side of the line of control (LOC). The infiltration was code named ‘Operation Badri’.

The Government of India responded with ‘Operation Vijay’, a mobilization of 200,000 Indian troops. The war came to an official end on July 26, 1999, thus marking it as Kargil Vijay Diwas.

An ode to our heroes

As many as 527 soldiers from the Indian Armed Forces lost their lives during the war. They valiantly fought for the nation, and the Kargil Vijay Diwas not only embarks upon India’s win but also pays homage to the fallen heroes who sacrificed their lives to make ‘Operation Vijay’ a success. Kargil War saw the Indian Army seizing back control of key outposts in Ladakh after ousting Pakistani troops from the region.

Gopichand Pandey, father of late Captain Manoj Pandey said that the Kargil War was one of the toughest wars in the world where the enemy has an advantage of the altitude, but Indian Army fought hard and reclaimed our peaks. “I’m proud that my son gave his life for his motherland, and became an inspiration for many.”, he said. “He made the entire nation proud. He lived up to his responsibilities as an Army man. Happy to share that UP Sainik School has been renamed after him,” he added.

Recalling the 1999 Kargil war, Pandey said the situation was very bad, as the terrorists have made bunkers at the peaks of our mountains. “They were attacking our Army from the top. But our soldiers had put in all their efforts and reclaimed our mountains and land. As many as 527 army men died in the quest,” he said.

The martyr’s father added that the Indian Army is capable of dealing with all the threats to the country and all Indians are proud of it. “It is because of our army that we sleep peacefully at night,” he added. Expressing pride and happiness, Pandey also informed that a Sainik School in Uttar Pradesh has been named after Captain Manoj Pandey.