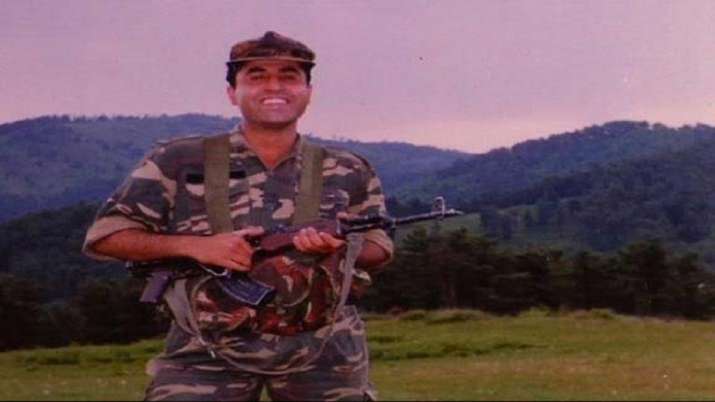 Captain Vikram Batra Kargil War, Vikram Batra Kargil War Videos: At outset of the 22nd anniversary of Kargil Vijay Diwas on July 26, the heroes of the Indian Army are remembered who lost their lives back in 1999 but ensured India’s win over Pakistan. In a war that lasted over 60 days in Ladakh’s Kargil, India ousted the neighbouring nation’s military forces and took back control of the high outposts in the region.

Who was Captain Vikram Batra

Vikram Batra had died fighting Pakistani forces during the Kargil war in 1999 at the age of 24.  Late Captain was posthumously awarded the Param Vir Chakra, India’s highest gallantry award for Kargil War.

Captain Batra volunteered to lead another assault for point 4875 at a height of 18,000 feet.

It was at this stage Captain Batra—nicknamed “Sher Shah” (The lion king) for his extraordinary bravery and leadership, and his punchline- ‘Dil Maange More’ became a household phrase across the country.

A mountain peak was also christened ‘Batra Peak’ in the war hero’s honour to commemorate his bravery and landmark achievement.

Born on  September 9, 1974, at Himachal Pradesh’s Palampur- the tea town of Kangra where the army has a sizeable presence, Captain Vikram Batra went on to study in DAV Public School. After completing middle school over there, Batra went on to complete his high school at Central School.

To pursue higher education, Batra attended DAV College in Chandigarh where he graduated. It was here that he joined the Air Wing of the National Cadet Corps (NCC).

The Indian Armed Forces had defeated Pakistan on July 26, 1999. Since then, the day is celebrated as Kargil Vijay Diwas to rekindle the sense of pride and valour of the soldiers, soldiers who concluded Operation Vijay as well as citizens of India.