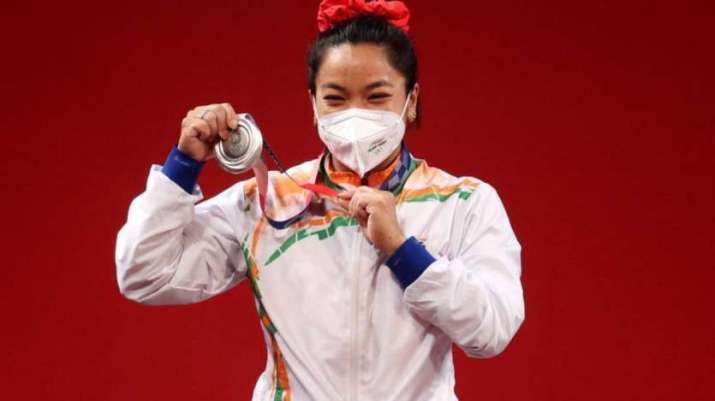 China weightlifter Zhihui Hou, who bagged a gold medal with a total of 210kg and set a new Olympic record on Saturday, will be tested by anti-doping authorities.

If Hou fails the test, India’s silver medallist Mirabai Chanu would be awarded the gold medal. However, it’s a common practice to randomly test athletes at the Olympics and chances of individuals testing positive for prohibited substances are fairly low.

Zhihu put up a dominant show as set a new Olympic record of 94kg in Snatch and followed it up with 116kg in clean and jerk for another Olympic record.

Mirabai also scripted history as she became the second weightlifter from the country after Karnam Malleswari in 2000 to end up on the Olympic podium.

The 26-year-old lifted 87kg in snatch and 115kg in the clean and jerk event to score a total of 202 during the 49kg category final to etch her name in the record books.

It was India’s first silver in weightlifting history at the Games. With the silver medal, Chanu also opened India’s medal account at the 2020 Tokyo Olympics.

Following her historic triumph, Mirabai dedicated the medal victory to the country and thanked all the countrymen for their prayers.

“Also special thanks to our government for supporting me, Ministry of Sports, SAI, IOA, Weightlifting Federation of India, Railways, OGQ, sponsors and my marketing agency IOS for their continuous support in this journey,” she wrote on Twitter.