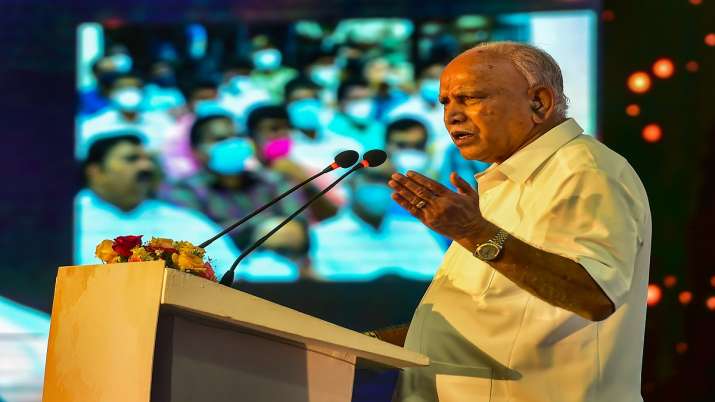 Soon after Yediyurappa announced his resignation, the BJP leadership went into a huddle to find a replacement for the 78-year-old leader. Nadda, Amit Shah and Karnataka in-charge Arun Singh met in Parliament to discuss issue.  According to sources, the BJP will appoint central observers soon to pick the new Karnataka CM.

“Central observer will be appointed by the evening. Till BJP MLAs elect the new leader of Legislative Party, Yediyurappa will work as acting chief minister of Karnataka,” sources said.

Sources said that some names have been shortlisted by the central leadership considering caste equation in the state. “Caste plays an important factor in Karnataka politics and selection of new chief minister will be considering social equations of the state,” sources said.

Earlier, putting an end to days of speculations about his resignation, Yediyurappa met Karnataka Governor Thawar Chand Gehlot and handed over his resignation. Yediyurappa asserted that he was not pressurised to step down from the CM’s chair.

“It has been an honour to have served the state for the past two years. I have decided to resign as the Chief Minister of Karnataka. I am humbled and sincerely thank the people of the state for giving me the opportunity to serve them,” Yediyurappa tweeted shortly after resignation.

In another tweet, Yediyurappa thanked Prime Minister Narendra Modi, Nadda and Shah for their support. “I am grateful to PM @narendramodi Ji, @JPNadda Ji & @AmitShah Ji for their support,” he tweeted.