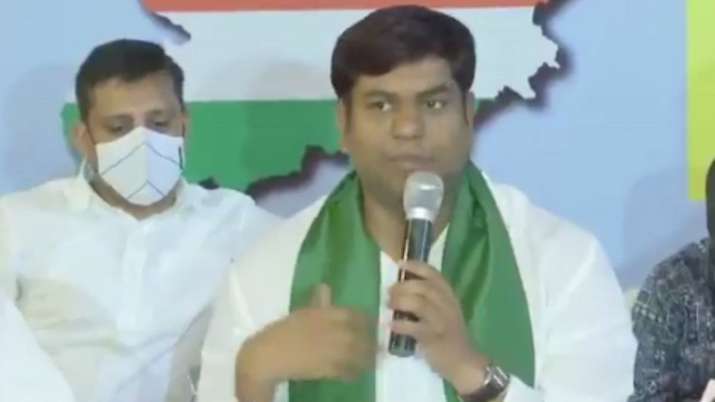 Mukesh Sahani, Bihar News Updates: The Bharatiya Janata Party (BJP)-led NDA seems to be staring at a crisis in Bihar as one of the alliance partners has announced to contest the next year’s Uttar Pradesh Assembly elections. Interacting with journalists in Patna on Monday, Vikassheel Insaan Party (VIP) president Mukesh Sahani said his party is ready to field candidates on 165 seats in the 2022 UP Assembly polls.

Mukesh Sahani was miffed over the treatement meted out to him at Uttar Pradesh’s Varanasi airport on Sunday. Sahani, who had gone there to attend an event to install Phoolan Devi’s bust in the city, was not allowed to come out of the airport by the police. An angry Sahani said, “I request Yogi ji (UP CM Yogi Adityanath) not to think about a caste in particular. It is not right to detain a minister.”

ALSO READ: Bihar minister differs from CM Nitish Kumar over 2-child policy, says law will be made for Panchayat elections

When asked why did he not attend the NDA meet held earlier today, Sahani said,”NDA is nowhere to be seen in Bihar. There is a four-party alliance in Bihar, however, since last few days only BJP and JD-U have been seen on the forefront. There is no point attending such a meeting.”

Popularly known by the sobriquet ‘son of Mallah’, Sahni had quit the RJD-led Grand Alliance soon after the seat sharing deal was announced by RJD leader Tejashwi Prasad Yadav days before the Assembly elections in October/November last year.

ALSO READ: ‘Not in favour’: Nitish Kumar disapproves of law on population control

The VIP chief had termed it as ‘betrayal’ and said that it was an act of ‘stabbing in the back’.

Mukesh Sahani later joined the NDA and was made Minister for Animal Husbandry and Fisheries in the Nitish Kumar-led state cabinet.