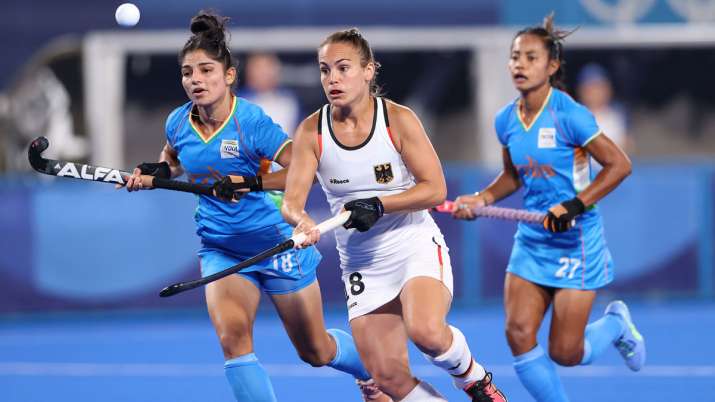 The Indian women’s hockey team went down 0-2 to Rio Games bronze-medallist Germany, its second consecutive defeat in Pool A at the Tokyo Olympics here on Monday.

After the 1-5 drubbing at the hands of world no.1 Netherlands, the Indians lifted their game by a notch but it was not enough to get past world no.3 Germany at the Oi Hockey Stadium.

The team was guilty of wasting a lot of opportunities, including a penalty stroke by Gurjit Kaur in the third quarter while luck also didn’t favour the Rani Rampal-led side.

Skipper Nike Lorenz (12th minute) and Anna Schroder (35th) were the goal scorers for Germany, who registered their second win on the trot having beaten Great Britain 2-1 in their first match.

Indian will play Great Britain in their next pool match on Wednesday.