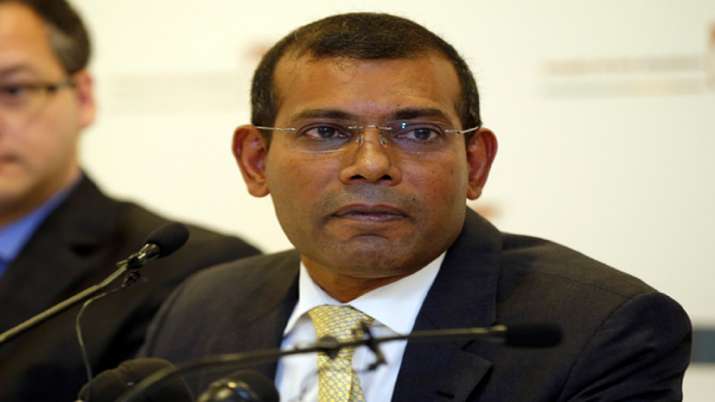 The Maldives Police has said that extremists had been plotting to assassinate Mohamed Nasheed, former president and current Speaker, since 2019 and had made many unsuccessful attempts till the 6 May 2021 attack that injured him severely.

Commissioner of Police Mohamed Hameed told media persons that the physical work for the attack on Nasheed had begun in December 2020 though he has been on the assassins’ target since 2019.

In a significant development, the Maldives Police revealed that they have made ten arrests till now in connection with the sensational attack on Nasheed. The police also made public the identities of these 10 people for the first time on Saturday.

The attack on Nasheed created headlines across the world as it was a grim pointer to rising extremism and intolerance in the tiny archipelago of barely five lakh people. Nasheed was targeted with an improvised explosive device planted on a cycle. The grievously injured leader was given emergency aid and later flown to Germany for further treatment.

Australian investigators joined the efforts to find out the conspiracy behind the attack.

Maldives media quoted Assistant Commissioner of Police Mohamed Riyaz as saying that the cycle used in the attack was bought in 2019 and the attackers had previously attempted to assassinate him near his earlier residence as well. This was dropped as the terrorists realized the area was not suitable for their plan.

Riyaz stated that another plan hatched by the attackers was to target Nasheed while he would go out for exercise. The plan was to plant the cycle and the bomb near the Marybrown Restaurant that Nasheed would go past. Once again, they found that the place was not conducive for the attack.

The assailants were prepared to give up their lives in their attempts to murder Nasheed, said Riyaz, adding that the IED was planted three days before it was finally used on May 6. The man who is suspected of planting the device too has been arrested.

The Maldives is facing turmoil owing to the rise in Islamic fanaticism, high-tension political tussle over support to India versus China and the constant debate over ‘how much Islamic’ the nation ought to be.

Experts told India Narrative that Islamic fanaticism took roots during previous president Mamoon Abdul Gayoom’s time, who planted the idea of a moderate version of Islam in the country.

“Ironically, Gayoom also sowed the idea of democracy resulting in both concepts taking root simultaneously. Steadily, after him, both the camps began to develop in the country,” adds the expert.

Nasheed is internationally known as a liberal who has been pushing society towards democratic principles. He has also been a strong climate change campaigner, who organized his first cabinet underwater to highlight the threats to islands like the Maldives from rising temperatures and waters. His efforts at democracy and liberal principles, however, have been met with resistance by right-wing parties.

The nation is also in the grip of a debate about pushing more Islamic principles in society including a ban on tourism. “Even though tourism is possibly the only large revenue-earner for the country, it faces a tide of opposition from extreme right parties as they feel that practices associated with tourism–consumption of alcohol, the lifestyle of tourists, and similar other things are a corrupting influence on the Muslim society,” says the expert.

US Secretary of State Blinken arrives in India on Tuesday: What to expect