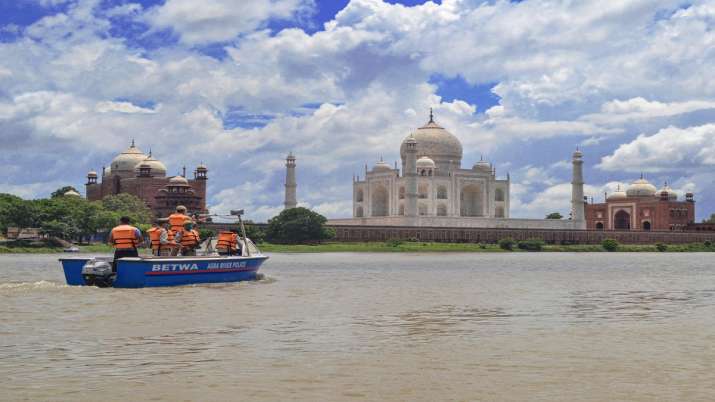 The water level in the Yamuna continued to recede as it went below the danger mark of 205.33 on Saturday, a day after the Delhi administration sounded a flood alert and expedited efforts to evacuate the floodplains.

On Friday, with Haryana discharging more water into the river from the Hathnikund Barrage, the Delhi Police and the East Delhi district administration started evacuating the floodplains of the Yamuna in the capital.

The Irrigation and Flood Control Department deployed 13 boats in different areas and put 21 others on standby to move the people.

A flood alert is declared when the Yamuna crosses the “warning mark” of 204.50 metres. The situation is being monitored round-the-clock, a district administration official said.

According to the Delhi flood control room, the discharge rate at the Hathnikund Barrage peaked to 1.60 lakh cusecs Tuesday afternoon, the highest this year so far. The water discharged from the barrage normally takes two to three days to reach the capital.

Normally, the flow rate at the Hathnikund barrage is 352 cusecs, but the discharge is increased after heavy rainfall in catchment areas.

One cusec is equivalent to 28.32 litres per second.