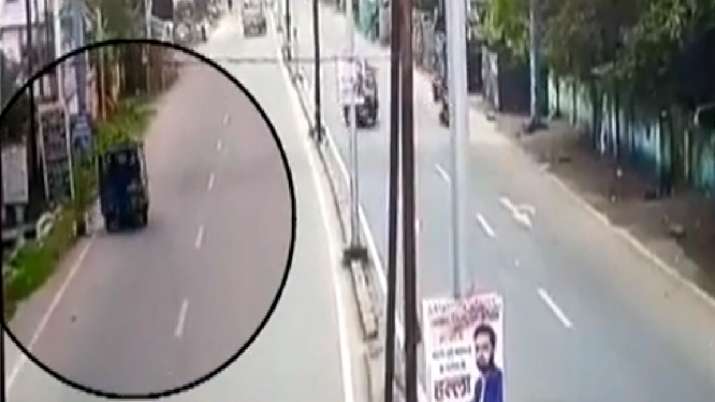 Jharkhand government has recommended a Central Bureau of Investigation (CBI) probe in the alleged killing of Additional District Judge Uttam Anand, in Dhanbad. Once a notification is issued under the DoPT, the CBI may take over the investigation.

On Friday, the Supreme Court took suo motu cognizance of the “sad demise” of a judge in “gruesome incident” of being allegedly mowed down by a vehicle while on morning jog on July 28 at Dhanbad and sought a status report within a week from Jharkhand’s Chief Secretary and the DGP on the probe into the incident.

While making it clear that the proceedings before the Jharkhand High Court to monitor the probe into the death of the judicial officer would continue, a bench headed by Chief Justice NV Ramana said it was taking suo motu cognizance of the matter as incidents of attacks on judicial officers and the legal fraternity are happening across country.

The bench said that after taking into consideration the incidents of attacks against judicial officers and lawyers happening across the country, it thought it “proper” to take suo motu cognizance of the matter as the issue required detailed examination.

“We direct the Chief Secretary and Director General of Police (DGP) of Jharkhand to submit a report in a week’s time on the status of investigation on the sad demise of additional district and sessions Judge Uttam Anand,” said the bench which also comprised justice Surya Kant.

The bench said it was concerned with the larger issues such as “the nature of the incident and the steps taken by the state governments for protection of judicial officers inside and outside the court premises”.

The bench sought the presence of Jharkhand Advocate General when it hears the case next week and said that it would then consider the issue of issuing notices to other states.

The case, which will be now taken up for hearing next week, has been titled as “In Re Safeguarding Courts and Protecting Judges (Death of Additional Sessions Judge, Dhanbad)”.

On Thursday, the top court said the Chief Justice of Jharkhand High Court has already taken up the matter related to the alleged killing of the judicial officer after senior advocate and SCBA President Vikas Singh mentioned the matter and said this is a “brazen attack” on the independence of judiciary.

CCTV footages showed that District and Sessions Judge-8 of Dhanbad court, Uttam Anand , was jogging on one side of a fairly wide road at Randhir Verma Chowk early on Wednesday when a heavy auto-rickshaw veered towards him, hit him from behind and fled the scene.

Locals took him to a nearby hospital, where the doctors declared him dead on arrival.

On Wednesday, the Jharkhand High Court ordered an SIT probe into the death of Anand, under the leadership of Additional Director General of Police Sanjay Latkar after taking cognizance of a letter filed before the court by the Dhanbad principal district judge in the case.

Chief Justice Ravi Ranjan of the high court had converted it into a writ petition, and ordered the formation of the SIT. He said the CJI had spoken to him in the matter, and expressed confidence that a fair investigation will be carried out in the case.

The high court stated it will monitor the probe and sought updates from the SIT from time to time.

If at any point in time it appears to the court that the investigation is not heading in the right direction, then the case will be handed over to the CBI, the high court had said.

The arrests were made following the recovery of the three-wheeler involved in the incident, Senior Superintendent of Police, Dhanbad, Sanjiv Kumar, had said, adding the three-wheeler recovered from Giridih is registered in a woman’s name.