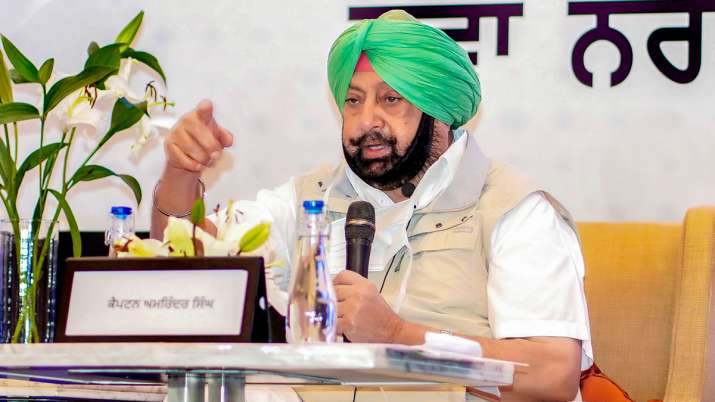 Punjab Chief Minister Amarinder Singh on Saturday ruled out the possibility of an immediate cabinet reshuffle and said his government has already implemented several steps from the 18-point agenda given by the Congress high command. Singh also said his government had fulfilled 93 percent of the party’s promises made in the election manifesto.

After the party’s state unit revamp to quell factionalism, there was speculation about the possibility of a reshuffle in the cabinet.

On the issue of “two power centers” in the party following the appointment of Navojot Singh Sidhu as the state unit chief, the chief minister said the government and the party are two different entities having defined roles and they would work unitedly towards steering Congress to victory in the ensuing assembly elections.

“Right now the party position is good and the same has to be further consolidated till elections,” said Singh who dedicated Shaheed Udham Singh memorial to people here during a state-level function on the 82nd martyrdom of the great revolutionary.

Ruling out any possibility of an immediate cabinet reshuffle, Singh, however, said that he would surely discuss this issue with the party high command during his visit to Delhi, according to an official press release.

On the issue of the 18-point agenda given by the Kharge committee, the CM said there was “some confusion” in this regard as his government had already implemented several points of this agenda and the remaining others would be accomplished soon.

The CM said that he had already apprised both party president Sonia Gandhi and Rajya Sabha member Mallikarjun Kharge on this issue in their meeting.

Punjab Congress chief Navjot Singh Sidhu has been raising the issue of the 18-point agenda in his meetings, saying that these will be implemented.

On the roadmap for the upcoming assembly polls, Singh said his government had already fulfilled 93 percent of poll promises made in the election manifesto and it would soon go up to 95 percent, according to the release.

Replying to a query from media on Sidhu not mentioning the names of the chief minister, Rahul Gandhi or Priyanka Gandhi in his address at his installation ceremony as PPCC chief, Singh was quoted as saying that it is hardly any issue and doesn’t affect him at all.

On Sidhu’s frequent meetings with party leaders and MLAs, the CM said it is the duty of the party president to strengthen the organizational structure which can only be possible by keeping close liaison with the rank and file of the party.

Singh said he also remained PPCC president thrice and knew well about the duties of the party president. He said the party and the government should work as a team since the assembly elections are just six months away.