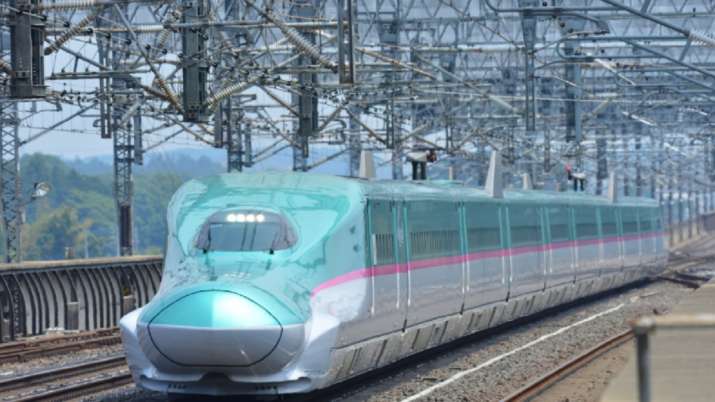 “The average height of the pier on this corridor is nearly 12-15 metre and exact height of this pier is 13.05 metres, which is almost equivalent to a four-storey building,” she added.

She said the pier was cast with 183 cubic metres of concrete quantity and 18.820 MT of steel. The special shuttering arrangement in the lift is one of the major features of the corridor providing better quality in eight hours, Gaur added.

“This major construction milestone has been achieved despite severe shortage of manpower and other logistical challenges because of the ongoing Covid-19 pandemic and the ongoing monsoon season in the region. There are number of such piers planned to be cast in coming months paving way for the first high speed rail corridor,” she said.

In comparison trains currently plying on the route take more than seven hours to travel the distance whereas flights take about an hour.

The NHSRCL has awarded several tenders for the construction of railway tracks, railway bridges, tunnels, railway stations and depots for the project till date.