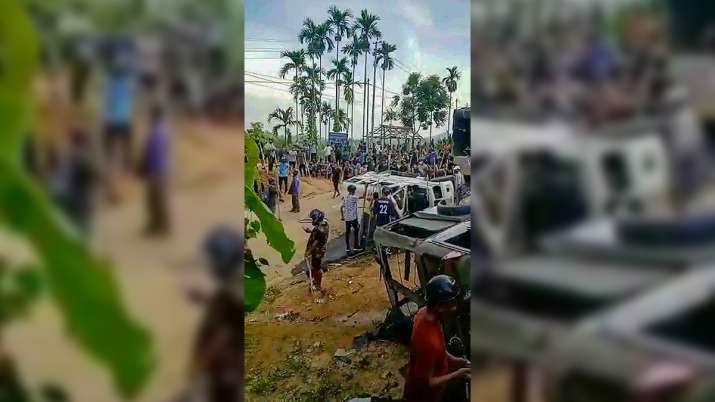 In a major breakthrough towards de-escalating tensions at Assam-Nagaland border, both the states have decided to immediately withdraw forces from border locations to their respective base camps.

Informing about the move, Assam Chief Minister Himanta Biswa Sarma tweeted, “In a major breakthrough towards de-escalating tensions at Assam-Nagaland border, the 2 Chief Secretaries (of Assam & Nagaland) have arrived at an understanding to immediately withdraw states’ forces from border locations to their respective base camps.”

Meanwhile, in response to the Mizoram police’s FIR against him in connection to the inter-state border skirmish, Sarma on Saturday said that he is ready to join any probe on the issue.

Besides Sarma, who is accused of “attempt to murder and criminal conspiracy”, six other officials, including an IG, DIG and Deputy Commissioner and Superintendent of Police of Cachar district, were named in the FIR lodged at the Vairengte police station on July 26.

In response to the FIR, which also included 200 unidentified Assam Police personnel, Sarma said in a tweet: “Will be very happy to join in any investigation. But why the case is not being handed over to a neutral agency, especially when the place of occurrence is well within the constitutional territory of Assam? Have already conveyed this to Zoramthanga CM ji.”

The most violent clashes, seen so far, along the Assam-Mizoram border on July 26 left six Assam Police personnel dead and around 100 civilians and security personnel of the two neighbouring states injured, including an Inspector General of Police in Assam and Cachar Superintendent of Police Vaibhav Chandrakant Nimbalkar, who subsequently shifted to Mumbai.