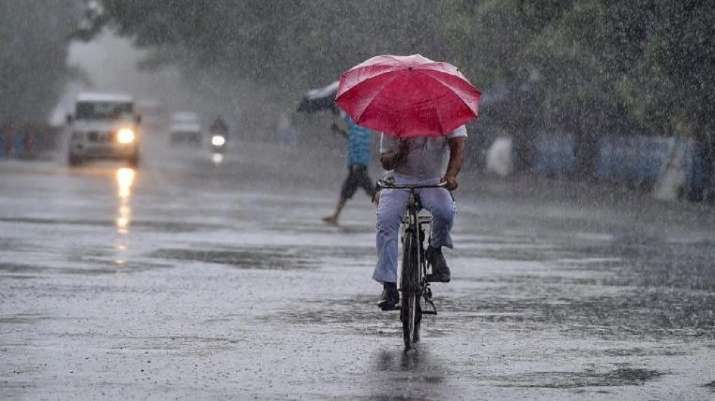 Heavy rains lashed parts of Delhi and the National Capital Region (NCR) in the early hours of Sunday. In the midst of the monsoon season, the national capital has been receiving spells of rain. National weather forecasting agency India Meteorological Department on Sunday morning predicted thunderstorm with moderate to heavy intensity rain over Delhi and NCR.

Meanwhile, visuals of rains in Delhi were shared on the social media

On Saturday, Delhi received an average of 43.6 mm of rain till 8.30 am as the mercury reached a high of 34.4 degrees Celsius. Due to heavy rains in the last few days, a portion of a road under the IIT-Delhi flyover caved in disrupting traffic.

However, in a sigh of relief, the water level in the Yamuna river receded below the danger mark of 205.33 on Saturday morning, a day after the Delhi administration sounded a flood alert and expedited efforts to evacuate people living in the river floodplains.

On Friday, the Delhi Police started evacuating people living on the floodplains of the Yamuna in the capital as Haryana discharged more water into the river from the Hathnikund Barrage.

The weather department has issued a yellow alert in the national capital for Sunday and an orange alert for Monday.