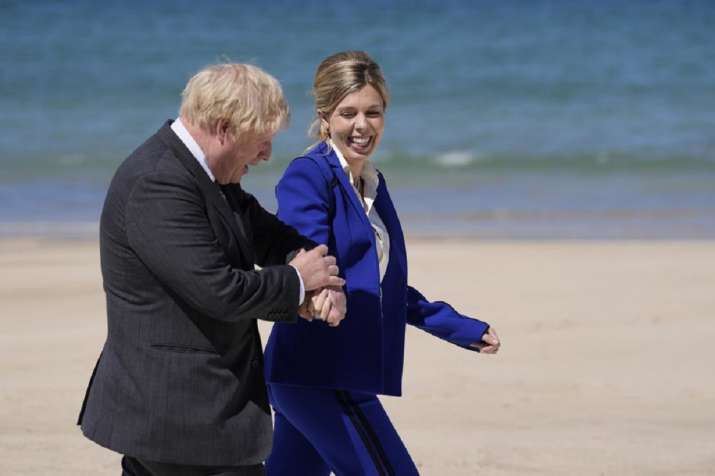 UK Prime Minister Boris Johnson and his wife, Carrie Johnson, are expecting their second child in December, said Carrie on Saturday adding that she felt blessed but a bit nervous.

“I feel incredibly blessed to be pregnant again but I’ve also felt like a bag of nerves,” Carrie Johnson wrote on the latter’s Instagram account on Saturday (local time).

They also mentioned that the baby is due by this Christmas and that she had a miscarriage earlier in the year.

“At the beginning of the year, I had a miscarriage which left me heartbroken,” she said.

While Boris Johnson added: “Fertility issues can be really hard for many people, particularly when on platforms like Instagram it can look like everything is only ever going well.”

“I found it a real comfort to hear from people who had also experienced loss so I hope that in some small way sharing this might help others too,” CNN reported.

The prime minister married his third wife in a secret ceremony this May.