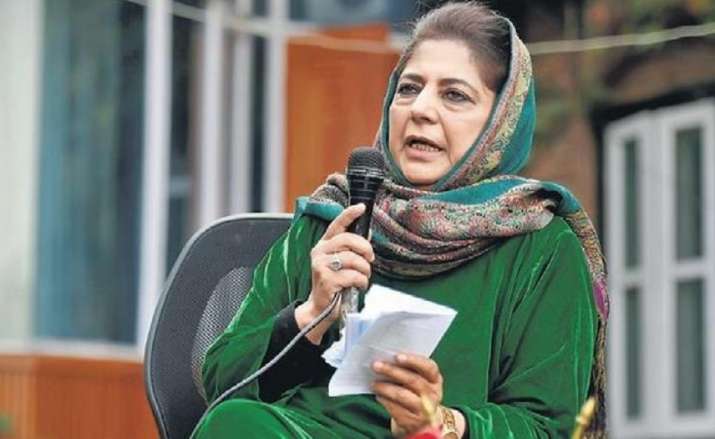 Mehbooba Mufti on Saturday said her Peoples Democratic Party was the only party that is resisting the Centre in Jammu and Kashmir. Talking to reporters after meeting party workers in the Pulwama district in south Kashmir, Mehbooba said the Centre is trying to break the PDP by either “offering” its leaders something or using its agencies to intimidate them.

“If you stop resisting, you will stop existing. If we have to exist, then the PDP has to stand before the Centre the way it is. PDP is the only party which is resisting the moves of the Centre that is why they tried to break the PDP by giving offers to some leaders and used NIA, ED like agencies to break others,” the party chief said.

She said the leaders of her party were thrown out of their secure residential quarters, their security was being taken back and even cases were being registered against them.

“Some are being kept in jails like (party’s youth leader) Waheed Para,” she added.

Mehbooba said the PDP is not a party but a movement, an ideology and the BJP cannot break it.

“PDP came into existence for the peaceful resolution of Jammu and Kashmir. We will not leave this path till Jammu and Kashmir will become a bridge of peace between India and Pakistan,” she said.