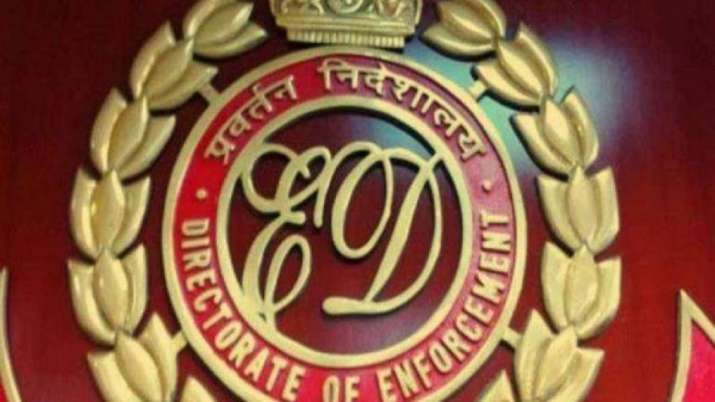 Raj Singh Gehlot, Chairman of the Ambience Group of Companies who was arrested by the Enforcement Directorate (ED) last week and sent to ED custody for seven days, will be questioned about how money was routed to different companies and how he made the J&K Bank settle for Rs 128 crore in place of Rs 289.08 crore.

Gehlot was arrested by the ED on July 28 and produced before a PMLA court via video conferencing on July 30.

He has been sent to ED custody by the court for seven days.

An ED official related to probe said that during the money-laundering investigation, it was found that Gehlot had entered into a criminal conspiracy to fraudulently siphon off the loan amount by diverting the funds for other purposes, such as to settle the loan of other group companies and making Fixed Deposits as well as diversion of materials to other projects of the Ambience Group.

“An amount of Rs 469 crore was found to be diverted to entities and individuals, controlled by Gehlot and for which he is the authorised signatory,” he said.

The official said that during the course of investigation, Gehlot had mislead the ED and continuously tried to show that he did not make any diversion of the sanctioned loans.

“Whereas the documentary evidences collected during the search revealed that the submissions made by Gehlot were false and misleading,” the official said.

The ED official also pointed out that the agency will question Gehlot to understand how the layering and integration of money was done to siphon the loan amount.

“Further, against the outstanding liability of Rs 289.28 crore, the bank officials attempted to settle the account with accused for a paltry sum of Rs 128.94 crore,” the official said.

The ED will question Gehlot as to how he made the bank to settle the loan of Rs 289.28 crore to Rs 128.94 crore and who all were the persons who benefitted from it.

The official said that the agency sleuths will also confront Gehlot with documents, including in the digital form, such as transaction details.

He further said that the agency will also confront Gehlot with the statements of several accused.

The ED had registered a money laundering case on the basis of an FIR filed by the Anti-Corruption Bureau, Jammu and Kashmir Police, against officers of J&K Bank and others in respect of loan sanctioned to Aman Hospitality Pvt Ltd (AHPL).

The ED said that AHPL had taken a loan amount of Rs 810 crore from a consortium of banks led by the J&K Bank.

The official said that the loan was sanctioned for the purpose of construction and development of a five-star hotel at CBD, Shahdara, in New Delhi.

The loan amount, along with interest totalling to the tune of Rs 902 crore, has been declared as NPA, he added.

Besides ED, the Ambinece Group Chairman is also being probed by the Central Bureau of Investigation (CBI).

The Punjab and Haryana High Court had directed the CBI to probe the case for the alleged illegal construction of a commercial building on approximately 18.98 acres of land in Gurugram by blatantly flouting the building by-laws and statutory provisions in collusion with others.

It was alleged that the land where the Ambience Mall was built was meant for a housing project.

The CBI has registered a case against a private person, Gehlot, Ambience Ltd and Ambience Developers and Infrastructure Pvt Ltd and unknown officials of HUDA, and unknown private persons on the orders of the Punjab and Haryana High Court.