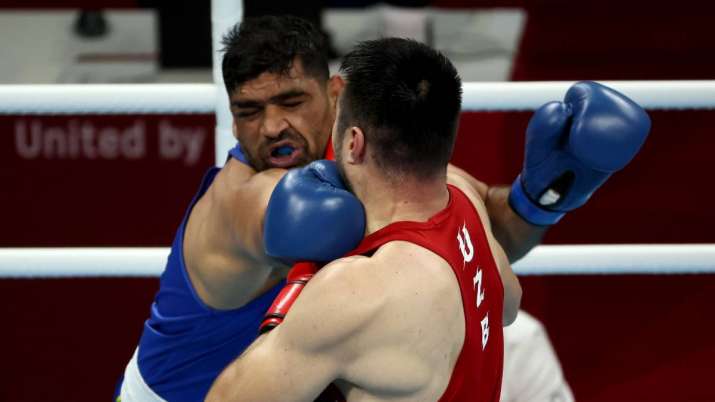 Results for India on Day 9 so far:​

10:19 AM: The focus of all Indian fans today will be on the two crucial matches in badminton and hockey respectively.

India vs Great Britain in the men’s hockey quarterfinals  (5:30 PM) 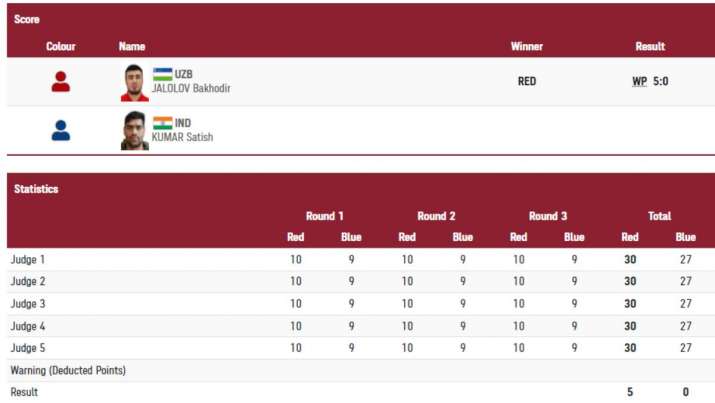 10:08 AM (Golf): Anirban Lahiri currently tied 44th in the Round 4 of the Men’s Individual Stroke Play. Udayan Mane, on the other hand,  has slipped a lot of places to T-56.

10:04 AM (Equestrian): Indian equestrian Fouaad Mirza is placed 22nd after picking up 11.20 penalty points after the cross-country round at the Olympics on Sunday. Mirza picked up the penalties after a clear cross country round in the challenging Sea Forest Cross Country Course in the eventing competition. His total now stands at 39.20.

09:54 AM (Boxing): Unanimous verdict win for the world champion from Uzbekistan. That wasn’t a surprise, Satish Kumar is knocked out in the quarter-final in a bout that was dominated by Bakhodir.

09:51 AM (Boxing): Bakhodir has been ruthless and the match referee had to stop the bout as Satish seeks medical attention.

09:50 AM (Boxing): Satish is having hard time dominating Bakhodir as he has lost the first two rounds and requires a magical turnaround in the final round to seal his semis berth.

09:40 AM (Boxing): Satish Kumar’s 91kg heavyweight bout against a heavy-handed southpaw Bakhodir of Uzekistan has begin.

4:05 AM (Golf): Udayan Mane resumes action in men’s individual strokeplay in round 4. Mane on the previous day carded a 70 for a share of 55th place on 2-over 215. Round 3 was completed with a split start from first and 10th tees.

Stars of the day were undoubtedly the women’s hockey team and Kamalpreet Kaur. Rani Rampal’s side defeated South Africa 4-3 and eventually progressed into the quarters. Kaur also produced one of the best performances by an Indian track and field athlete at the Games.

India’s very little action on Day 9 will be headed by Sindhu, who will play her bronze-medal match to clinch her second Olympics honour. Sindhu faces China’s He Bing Jiao, an opponent who has beaten the Indian nine times so far in 15 meetings. With eyes on a medal, Satish Kumar will also face Bakhodir Jalolov of Uzbekistan in the quarter-final. Indian men’s hockey team, who are vying for a semi-final berth in the quadrennial event after a hiatus of 41 years, will meet Great Britain in the quarterfinals. Here’s all you can expect from the Indian contingent on Sunday, August 1.