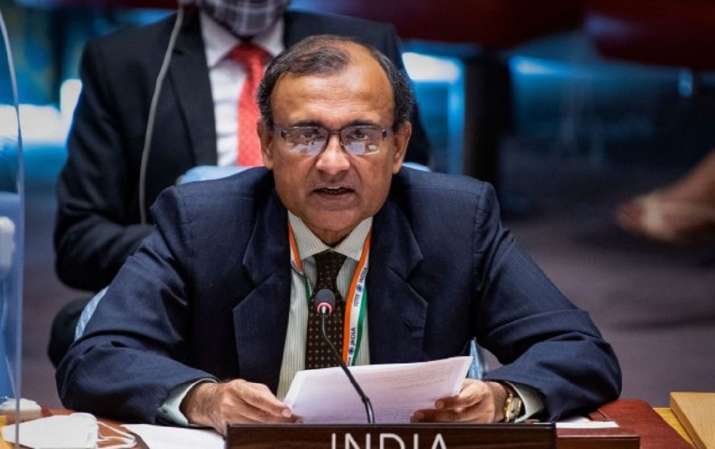 India on Sunday assumed the rotating presidency of the United Nations Security Council (UNSC) and will be hosting signature events related to maritime security, peacekeeping, and counterterrorism during the month. India took over the presidency from France. Ambassador of India to United Nations, TS Tirumurti thanked France Permanent Representative to the UN, Nicolas de Riviere, for steering the UN Security Council for the month of July.

“Thank you Ambassador @NDeRiviere, PR of France for steering the UN #SecurityCouncil for the month of July. India takes over the Presidency for August,” Tirumurti tweeted.

Meanwhile, France said it is committed to working with India on strategic issues as maritime security, peacekeeping, and counter-terrorism.

“Delighted that India is today taking over #UNSC presidency from France. We are committed to working with India on strategic issues as maritime security, peacekeeping, and counter-terrorism, and upholding a rules-based, multilateral system to face today’s many ongoing crises,” Ambassador of France to India Emmanuel Lenain tweeted.

During the presidency of the powerful 15-nation UN body, India said it will be focusing on maritime security, peacekeeping, and counterterrorism.

In a video message, India’s Representative to the United Nations TS Tirumurti on Friday talked about New Delhi’s agenda as it will take over the rotating presidency of the UNSC.

Ambassador Tirumurti further said that New Delhi will continue to keep the spotlight on counter-terrorism.

“Further, as a country that has been at the forefront of the fight against terrorism, we will continue to keep the spotlight on counter-terrorism. I would like to thank Prime Minister (Narendra Modi) and External Affairs Minister (S Jaishankar) for counting to guide our permanent mission especially during our stint during the security council,” he said.

This is India’s eighth tenure in the UNSC.

The first working day of India’s presidency will be on Monday, August 2 when Tirumurti will hold a hybrid press briefing in the UN headquarters on the Council’s programme of work for the month.