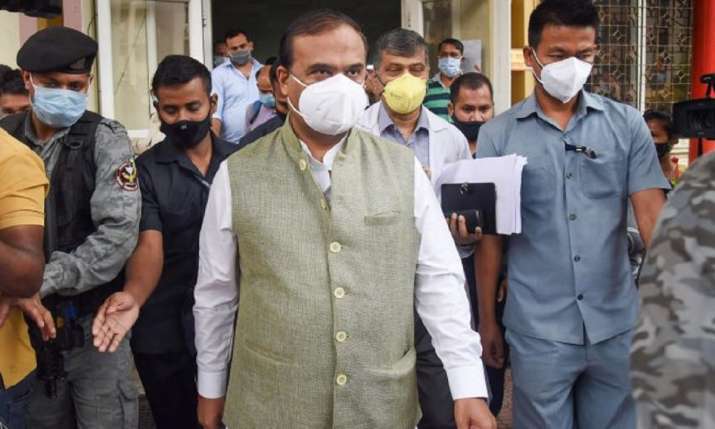 The Mizoram government is ready to withdraw the FIR filed against Assam Chief Minister Himanta Biswa Sarma, Chief Secretary Lalnunmawia Chuango said on Sunday. Even Chief Minister Zoramthanga did not approve the inclusion of Sarma’s name in the FIR, he said. “In fact, our chief minister did not really approve of mentioning the name of the Assam chief minister in the FIR. He suggested to me that we should look into it,” he told reporters.

Chuango said that he will discuss the matter with police officials concerned and remove the name of the Assam chief minister if there is no legal validity to substantiate the allegations against him.

“I will hold discussion with the police officer who filed the FIR, and if there is no legal fit, we would like to remove the name of Assam chief minister from the FIR,” he said, adding that he was unaware of the development when the criminal case was filed against Sarma.

The chief secretary, however, did not mention whether the cases filed against six Assam officials and 200 unidentified police personnel will be withdrawn.

Meanwhile taking to Twitter, Assam Chief Minister Himanta Biswa Sarma on Sunday said, “Our main focus is on keeping the spirit of North-East alive. What happened along the Assam-Mizoram border is unacceptable to the people of both states. Honble CM @ZoramthangaCM

had promised to call me post his quarantine. Border disputes can only be resolved through discussion.”

The FIR was registered at the Vairengte police station by its officer-in-charge Lalchawimawia on July 26 soon after the violent clash with the Assam Police.

At least seven people from Assam, including six police personnel, were killed in the violence amid the border dispute between the two Northeastern states.

Besides, the Mizoram Police also registered criminal cases against 200 unidentified personnel of the Assam Police.

The four senior Assam Police officers and two officials were asked to appear before the investigating officer at the Vairengte police station on Sunday.