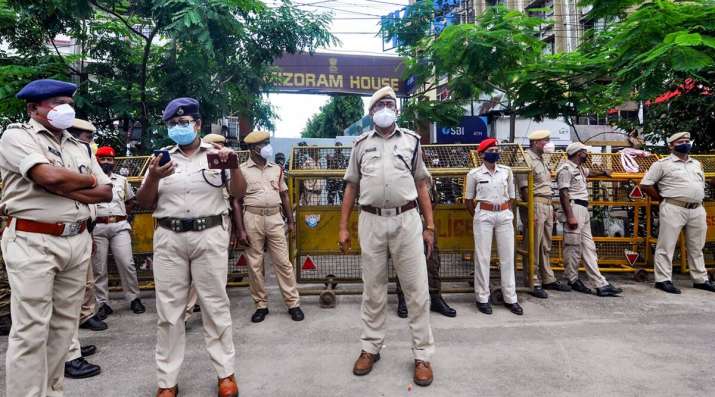 The Centre has no plans to order an inquiry by a neutral agency like the CBI into the recent fatal clashes along the Assam-Mizoram border but is trying to defuse the situation as early as possible in a peaceful manner.

Two senior government functionaries said the Central government does not want to take any decision that may further escalate the ground situation.

They said the Central government wants a peaceful resolution of the current border dispute between Assam and Mizoram and Union Home Minister Amit Shah is in regular touch with the two Chief Ministers — Himanta Biswa Sarma (Assam) and Zoramthanga (Mizoram).

Zoramthanga also tweeted, “I still hope for an amicable solution to the #AssamMizoramBorderTension from the Central Government.” He also tagged Prime Minister Narendra Modi, Union Home Minister Shah, and the chief ministers of Meghalaya, Nagaland, Arunachal Pradesh, Manipur, Tripura and Sikkim in the tweet.

Assam CM Sarma responded through a tweet: “Our main focus is on keeping the spirit of North-East alive. What happened along the Assam-Mizoram border is unacceptable to the people of both states. Honble CM @ZoramthangaCM had promised to call me post his quarantine. Border disputes can only be resolved through discussion.”

Asked whether a neutral probe agency like the CBI will be given the task to probe the July 26 clashes which killed five Assam police personnel and a civilian, the two functionaries said so far no decision has been taken in this regard. Besides, there has been no formal request from either of the state governments for a probe by a neutral agency, they said.

“Both the state governments are cooperating and the central government is assured that there will be no more border flare-ups,” one of them said.

Following the July 26 violence, both Assam and Mizoram Police registered separate cases naming each others’ political leaders and police and civil officials.

While the Assam Police has named several police officers of Mizoram and served summonses to them and to the state’s lone Rajya Sabha MP K Vanlalvena, the Mizoram Police registered a case against civil and police officers of Assam and also named CM Sarma in the FIR.

The two functionaries cited a number of measures taken to lower the tension along the Assam-Mizoram border.

The chief secretaries and DGPs of the two states on July 28 attended a meeting chaired by Union Home Secretary Ajay Bhalla where the decision to deploy a neutral central force (CRPF) at the clash site was taken. Prior to that, both the chief secretaries met in Delhi for a bilateral meeting.

Subsequently, advisories were sent by the central government to both the states asking them to maintain peace and normalcy along their inter-state border.

The two functionaries insisted that the July 26 violence was an “isolated incident” and there is no possibility of a similar flare-up in the future.

Five Assam Police personnel and a civilian were killed and over 50 others including a superintendent of police were injured when the Mizoram Police opened fire on a team of the Assam officials on July 26 following clashes along the two states’ border.

While the Mizoram government claimed that a 509 square- mile stretch of the inner-line reserve forest notified in 1875 under the Bengal Eastern Frontier Regulation of 1873 belongs to it, the Assam side insisted that the constitutional map and boundary drawn by survey of India in 1993 was acceptable to it.

After a massive tussle in 2018, the border row resurfaced in August last year and then in February this year.

However, the escalating tensions were successfully defused after a series of parleys with the intervention of the Centre.

On June 5, two abandoned houses along the Mizoram-Assam border were burnt down by unidentified persons, fuelling tension along the volatile interstate border.

Nearly a month after this incident, fresh border standoff cropped up with both parties trading charges of encroachment on each other’s land.

While Mizoram accused Assam of encroaching upon its land and forcefully seized Aitlang area about 5 km west of Vairengte village, the neighbouring state accused Mizoram of building structures and planting betel nut and banana saplings allegedly 10 kilometers inside Hailakandi district.

Two makeshift camps erected by the Mizoram Police on the disputed area were damaged by Assam police during a recent confrontation.

Officials said the razing of two camps constructed by Mizos and also a COVID-19 testing centre built by them was part of the efforts to foil Mizoram’s bid to capture its land on the border.

ALSO READ | Northeast India will always be one: Mizoram CM