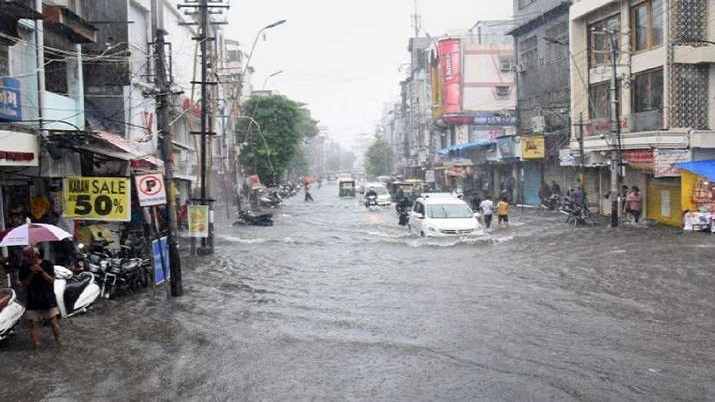 At least six people died after and four others were injured in two incidents of house collapse due to heavy rains in Madhya Pradesh’s Rewa and Singrauli districts on Sunday, officials said.

In Rewa, a 35-year-old man, his 60-year-old mother and two daughters, aged 7 and 8 years, were killed when their mud house collapsed in the morning, police officials said. Rewa Collector Ilayaraja T said the incident took place in Ghuchiyari Bahera village under Garh police station area, about 50 km from the district headquarters.

Another minor daughter of the man received injuries and she was admitted to Gangev Hospital, he said. Eyewitnesses claimed the administration team could not reach the spot in time due to lack of a proper road connecting the village.

A motorable road is about three km away from the village, they said. Mangawa Sub-Divisional Magistrate K P Pandey was monitoring the relief and rescue work, the collector said.

In neighbouring Singrauli district, a 10-year-old boy and his 3-year-old sister were killed when their mud house collapsed in Sailo area under Vindhya Nagar police station limits at around 1 am, Jayant police post in-charge Abhimanyu Dwivedi said.

Their parents and another minor sister were injured and undergoing treatment, he added.