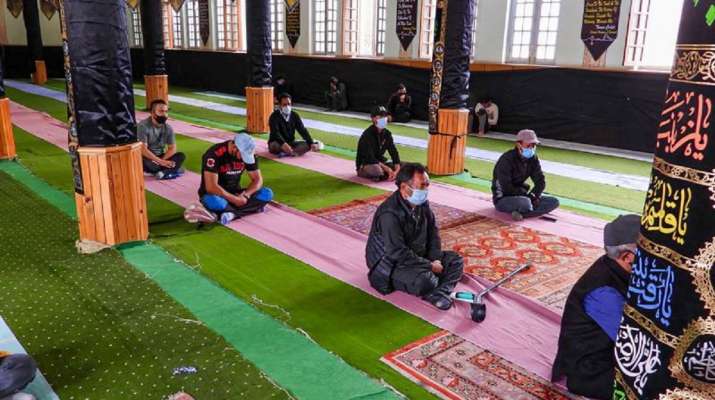 In the wake of the coronavirus pandemic, the Uttar Pradesh police have said religious processions during Muharram will not be allowed in the state this year. UP Directorate General of Police (DGP), Mukul Goel released a new set of guidelines for the state on Sunday, which stated Muharram should be observed with COVID appropriate behaviour. The DGP said Muharram observers should keep in mind all COVID protocols and practice social distancing.

The 10-day mourning period will begin on August 10.

Giving out instructions to police commissioners, Mukul Goel said terrorists may make an attempt to harm civilians during Muharram. The DGP has also asked the commissioners to keep a close watch on anti-social elements.

The DGP also informed that during Muharram, displays of any kind of weapon will be disallowed.

According to the circular, DGP Mukul Goel has also urged his officers to communicate with religious leaders for spreading awareness about COVID-19 and the need to observe Muharram indoors.

Meanwhile, an adequate police force will be deployed in sensitive areas to keep a watch on activities.

Meanwhile, Shia clerics are up in arms over the Muharram guidelines issued by the UP police and will be holding a series of meetings on Monday to decide their future course of action. The All India Shia Personal Law Board had convened a meeting on Monday evening to discuss the issue. Shia clerics claim that the UP Police have used objectionable language in the guidelines issued for Muharram.

Terming an internal letter issued by the DGP office to police commissioners and police chiefs for maintaining peace during Muharram as a “charge sheet against the Shia community”, the clerics demanded that the government should immediately withdraw the guidelines.

Maulana Kalbe Noorie, said, “The guidelines are unacceptable as it shows the peace-loving Shias in poor light.”

General Secretary of Majlis-e-Ulama-e-Hind, Maulana Kalbe Jawad, said that communication with the DGP would be possible only when the document is withdrawn.

“The language is condemnable. We have asked Muharram committees to boycott meetings convened by the police and administration,” he said.

President of the Shia Markazi Chand Committee, Maulana Saif Abbas, said that the person who had drafted the document is apparently conspiring to disrupt peace.

The main objection of the cleric to the guidelines is that Muharram has been repeatedly referred to as a ‘festival’ in the circular.

“The DGP should know that Muharram is certainly not a ‘festival’ but a period of mourning. The guidelines show the insensitivity of the state government towards the Muslim community,” Maulana Yasoob Abbas said.

He further said, “The guidelines say that ‘Tabarra is read on behalf of the Shia community. It said that some anti-social elements write this on the backs of animals and fly kites by writing such things which are objectionable to the Sunni community. This is a deliberate attempt to create a divide between Shia and Sunni communities.”

The Shia clerics have appealed to all the Ulama and organisations to boycott the peace meetings at the district and city level if the guidelines are not withdrawn.

“The Kanwar Yatra has been cancelled by the Kanwar Sanghs on the appeal of the Uttar Pradesh government,” Additional Chief Secretary Information Navneet Sehgal had informed.

The yatra was scheduled to start on July 25.

The yatra goes on till the first week of August and sees thousands of Shiva devotees called kanwariyas’ travelling mostly on foot from neighbouring states, including Uttar Pradesh, Haryana and Delhi to collect water from the Ganges in Haridwar.

Following a nudge from the Supreme Court, the Uttar Pradesh government had said it is talking with “kanwar sanghs” to take the right decision on the annual yatra and reminded that the organisations themselves decided to cancel it last year.