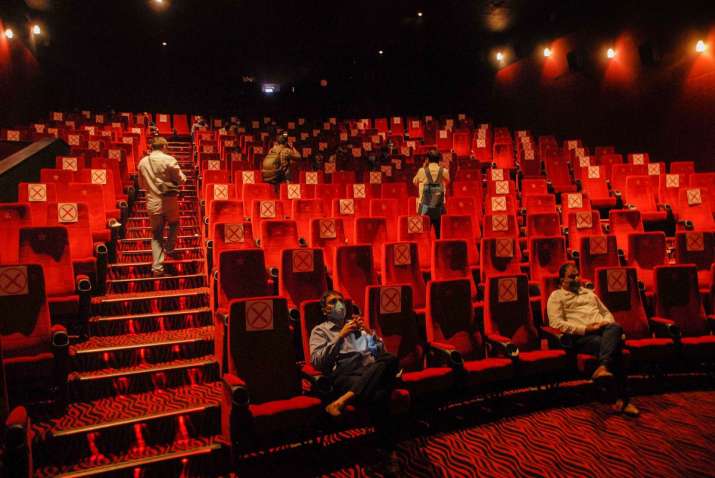 The Indore district administration recently gave a green flag for multiplexes in the city to resume operation. Despite being permitted to reopen, cinema halls and multiplexes remained shut. As no new Bollywood films have been released recently, people are not turning up at cinema halls. This is one of the reasons why six multiplexes and five single screens in the city are closed.

INOX has three multiplexes in the city with 18 screens. One out of three multiplexes with four screens opened for the public on Friday. However, on the first two days (Friday and Saturday) after reopening, the footfall was very less.

On the occasion of Friendship Day on Sunday, some people arrived at the multiplex.

Ravi Ranjan, Unit Head of INOX multiplex said, “Godzilla vs Kong was released before the lockdown in March. However, after two days the lockdown was imposed and we had to close the multiplex. We have started it again after getting permission for reopening from Friday.” He further assured that the COVID-19 protocols are being followed.

“Multiplexes have been allowed to reopen with 50 per cent capacity by the district administration. Alternate seats need to be kept vacant. Entire guidelines are being followed,” Ranjan said.

Last year, cinema halls remained shut for 7 months and this year, for about five months, he said. “Today on Friendship Day, we had a full house as per 50 per cent capacity,” Ranjan said.

Heavy losses have been incurred due to the closure of multiplexes, he added.

As per data released by Union Health Ministry, Madhya Pradesh has 122 active cases of COVID-19. The state has reported 7,81,193 recoveries and 10,513 deaths so far.