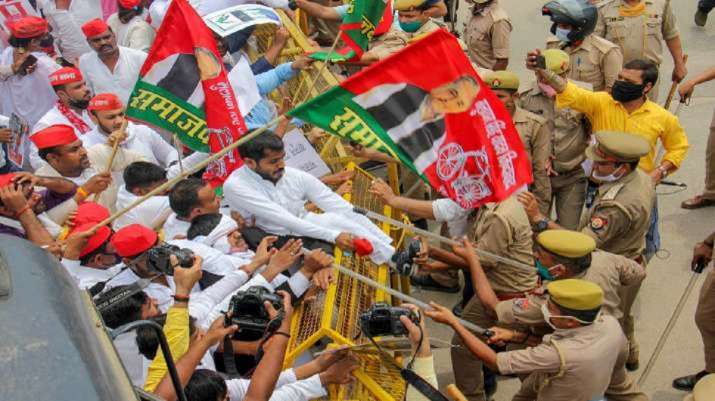 District Magistrate Ankit Kumar Agarwal on Sunday said that arms licences of family members of Jugendra Singh Yadav were cancelled, since criminal cases were registered against them.

They were earlier given notices to deposit their arms, but following non-deposition of the arms, the local court ordered cancellation of the arms licences, he said.

Jugendra Singh Yadav, a SP leader, said that cases were registered against a number of other leaders in the district, but their arms licenses were not cancelled.

“The administration is acting in an arbitrary manner against us,” he said.

Also Read: Heavy police force in Goa CM’s town as Cong tries to take out march against him over rape remarks