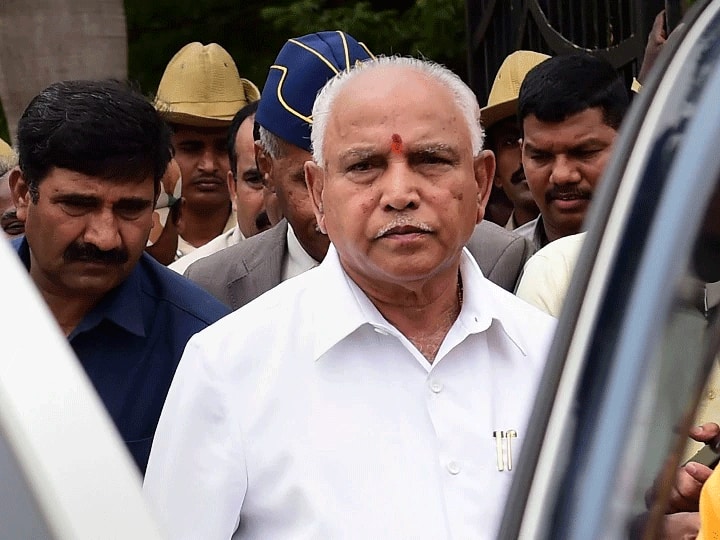 New Delhi: Speculation about Karnataka Chief Minister BS Yediyurappa resigning from the top post are rife even as he continues to deny the reports regarding the same.

“Not at all…,” Karnataka CM BS Yediyurappa said on being asked if he has resigned.

Sources have informed ABP News that CM BS Yediyurappa has presented the proposal to resign citing age and health-related reasons. He will continue to deny the reports till the development is finalised, they added.

The speculations gained momentum as CM Yediyurappa met Prime Minister Narendra Modi on Friday evening. The official reason given for the meet was that it is to discuss “pending development projects” pertaining to the state.

After his meeting with PM Modi, Yediyurapa jibed that he was unaware of any leadership changes in Karnataka.

“I don’t know anything about leadership change, you have to say. In my discussions with PM Modi, I appealed to him for permission to carry out pending development works in the state,” he told media persons in response to a question.

Answering a specific question if the Mekedatu dam project across the Cauvery river was also discussed, Yediyurappa cryptically stated that “all pending issues” pertaining to Karnataka were discussed in detail with the PM.

During his Delhi visit, the Karnataka CM is going to meet Home Minister Amit Shah and Defence Minister Rajnath Singh on Saturday.

Yediyurappa was accompanied by his two sons, B. Y. Vijayendra, who is also Vice President of the BJP state unit, and eldest son B. Y. Raghavendra, who is MP from Shivamogga Lok Sabha seat, grandson Shashidhar Maradi, BJP MLC Leher Singh, and two others.

(With Inputs From Agencies)