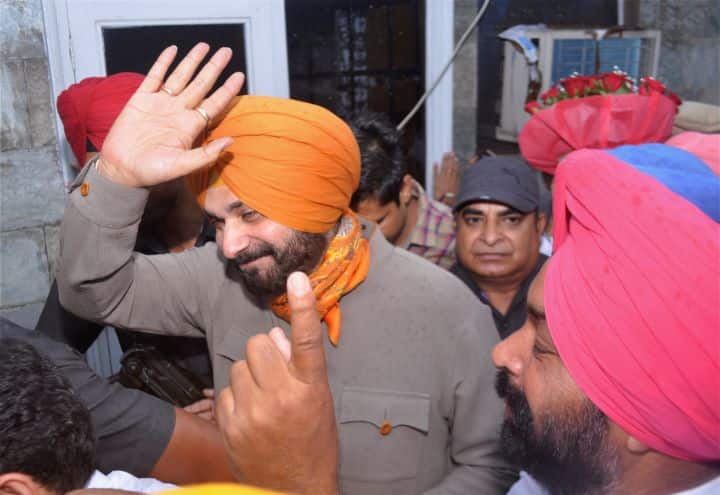 Chandigarh:  After his appointment as the new Punjab Congress chief despite Chief Minister Amarinder Singh’s objection, Navjot Singh Sidhu has shared an old picture of his father with former Prime Minister Jawaharlal Nehru and thanked the grand old party for ‘bestowing their faith’ in him and giving him ‘this pivotal responsibility’.

Sidhu’s appointment came after much conflict among the Punjab Congress leaders and MLAs asking Sonia Gandhi to rethink her decision. After the late night formal announcement on Sunday, Sidhu took a dig at the Punjab Chief Minister as he talked about his father, a Congress worker, “leaving a royal household” to join the freedom struggle.

Amarinder Singh’s father was the ruler of the former princely state of Patiala.

“To share prosperity, privilege and freedom not just among a few but among all, my father a Congress worker left a royal household and joined freedom struggle, was sentenced to death for his patriotic work reprieved by King’s Amnesty became DCC President, MLA, MLC and Advocate General,” Navjot Sidhu wrote.

Today, to work further for the same dream and strengthen the invincible fort of the Congress, Punjab, I am grateful to Hon’ble Congress President Sonia Gandhi Ji, Rahul Gandhi and Priyanka Gandhi Ji for bestowing their faith in me and giving me this pivotal responsibility,” he tweeted.

“Will work along every member of Congress family in Punjab to fulfil the mission of #JittegaPunjab as a humble Congress worker to give power of the people Back to the people through the #PunjabModel and the high command’s 18-point agenda … My Journey has just begun!!”

Apart from Sidhu’s appointment, Gandhi also appointed four working presidents to assist Sidhu in the run-up to the next assembly elections. The names show the party balancing with Amarinder Singh’s demand that Hindus and Dalits should also get representation.

Will work along with every member of Congress, says Sidhu after becoming Punjab unit chief