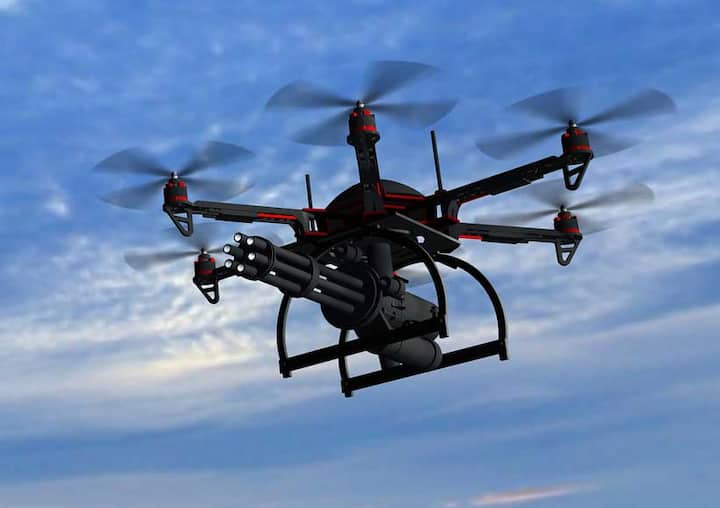 Jammu: On Wednesday morning, security forces once again spotted a drone flying in the sky above the Satwari area in Jammu. Drones, frequently spotted flying in the skies above Jammu, have now become a cause of concern for the security forces right before Independence Day. The DGP of the state held an important meeting on Tuesday to address and deal with this issue.

Since the June 27 drone attack on Jammu’s airport station, drones have been spotted a number of times over important military bases, military cantonments and military installations in Jammu as well as along our nation’s Line of Control and International Border with Pakistan.

In the latest incident, a drone was seen hovering over Saini Cantonment in Raipur area of Satwari area in Jammu at around 4:00 am on Wednesday. Although the drone was spotted over Sunny Cantonment only for a short while, the army has also informed the local police about this drone. Constant sighting of drones has become a cause of concern, post the violent attack on Jammu’s Air Force station. Tensions are high just a few days before Independence Day, a festival which has always been on Pakistan’s target.

In view of this danger of drones, DGP of Jammu and Kashmir Police Dilbag Singh held an important meeting with security agencies in Jammu on Tuesday. In this meeting, the DGP of Police has asked all the security agencies to be vigilant areas and cities along the border and also directed to prevent any kind of infiltration. In this meeting, the DGP also said that Pakistan-backed terrorists and Pakistan are continuously using drones to carry out bloodshed in India, and that we need to be on high alert owing to these nefarious plans.

In this meeting, Dilbagh Singh also stressed on the need to increase the number of check posts along the border and in its surrounding areas. In this meeting, the DGP also instructed to keep a watchful eye on the Jammu Srinagar National Highway to prevent terrorists from infiltrating Jammu from Srinagar. Along with this, the BJP also directed to keep an eye on the infiltration of drugs being sent by Don to Jammu and Kashmir.

‘Centre Should Be Plastered, They Don’t Trust Their Own Ministers’: CM Mamata On Pegasus Row