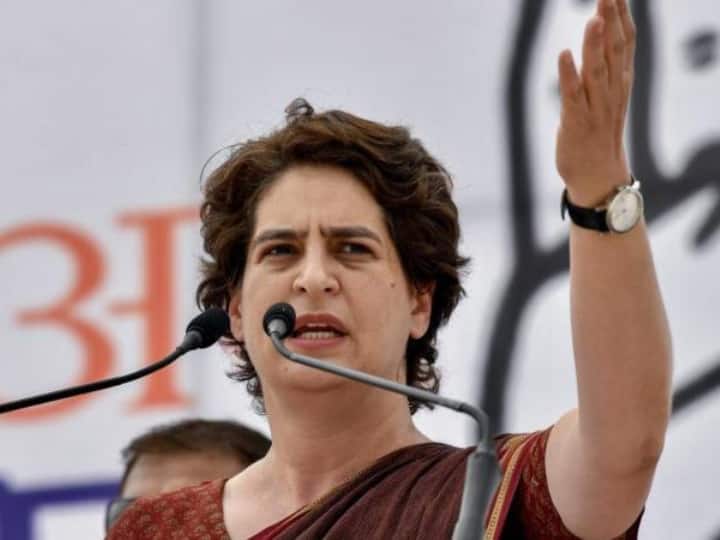 New Delhi: Congress leader, Priyanka Gandhi Vadra has slammed the Centre for claiming that no deaths were specifically reported due to lack of oxygen. Priyanka in a series of tweets alleged that in the pandemic year, the government increased oxygen exports by 700% and because the government did not make arrangements for tankers transporting oxygen.

She also accused the Center of ignoring the advice of the Empowered Group and the Parliamentary Committee.

ALSO READ: ‘Centre Should Be Plastered, They Don’t Trust Their Own Ministers’: CM Mamata On Pegasus Row

The Centre on Tuesday told the Rajya Sabha that no deaths due to lack of oxygen were “specifically reported” by states and union territories during the second COVID-19 wave that hit the country.

Hitting out at the government, Priyanka Gandhi said, “No death due to lack of oxygen’: Central Government. The deaths happened because — in the pandemic year, the government increased oxygen exports by about 700 per cent.”

The Congress general secretary alleged that the deaths happened because the government did not arrange tankers to transport oxygen and ignoring the advice of the empowered group and a parliamentary committee, no arrangement was made to provide oxygen.

“No initiative was shown in setting up oxygen plants in hospitals,” she said.

The Congress on Tuesday accused Minister of State of Health Bharati Pravin Pawar of misleading Parliament by giving “false information” that there were no deaths due to lack of oxygen during the second wave.

This is the last era of superstars: Priyadarshan