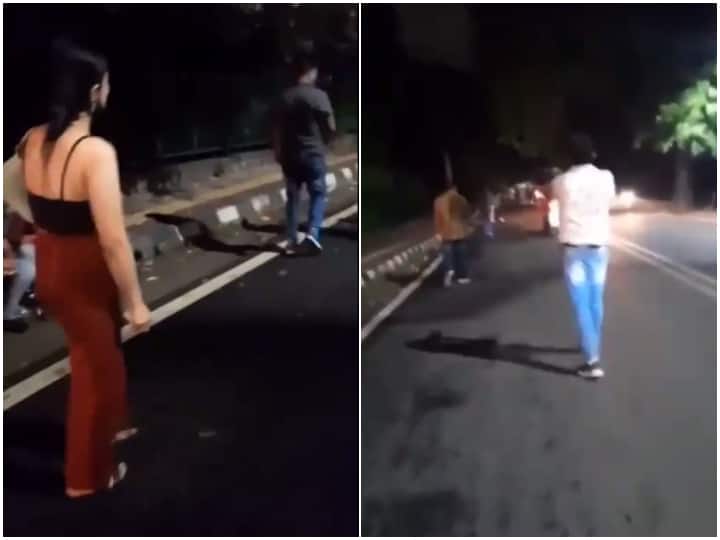 New Delhi: A shocking video is making rounds on social media showing two Northeastern women confronting a group of men who harassed the duo on streets in Hauz Khas Village area of Delhi.

In the viral video, the two women can be heard slamming the group of middle-aged man for asking ‘rate kya hai’ (what’s your rate) assuming them to be sex workers.

Further in the video, the girls went on to describe how their plight did not end right then. They narrate another discriminating incident from the same night when a police official intervened and asked them repeatedly about their destination when they were heading to a restaurant. The women in the video allege that the cop also asked them if they were dancers.

The victims further expressed the disgrace and humiliations they faced despite following all Covid rules at 10 PM.

After the video went viral on social media, the Delhi Commission for Women, taking cognizance of the matter, issued a notice to the police and filed an FIR against the accused and demanded their arrest. Commission chairperson Swati Maliwal has shared this information on Twitter.