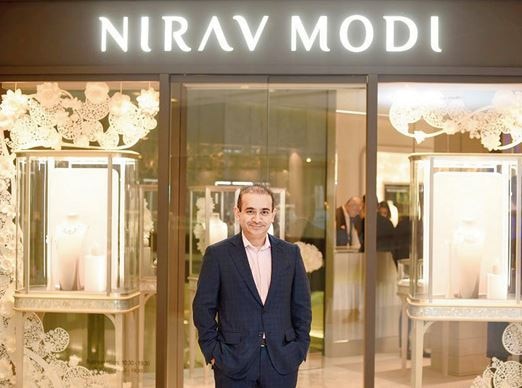 London: Fugitive diamantaire Nirav Modi faces a substantial risk of suicide amid an overwhelming impact of Covid-19 at Mumbai’s Arthur Road Jail where he will be lodged on being extradited, the High Court in London was on Wednesday told during an extradition appeal hearing.

The 50-year-old diamond merchant’s lawyers during the renewal application hearing before Justice Martin Chamberlain sought to establish the grounds for a full High Court appeal hearing by claiming it would be oppressive to extradite him due to his mental condition that could lead to suicidal impulses, PTI reported.

The UK High Court had earlier last month refused Nirav Modi’s application to appeal against his extradition to India.

Nirav Modi, who is one of the key accused in the Rs 13,500 crore Punjab National Bank (PNB) scam in India, had in his application challenged the extradition order issued against him by the Westminster Magistrates’ Court.

He has been lodged at the Wandsworth prison in London since his arrest on March 19, 2019.

The CBI is primarily probing the case of Nirav Modi, who has been charged with criminal conspiracy, cheating, money laundering and fraud in the PNB scam case, in India.

Besides the CBI, Nirav Modi is also facing a probe by the Enforcement Directorate (ED) for a large-scale fraud upon PNB through fraudulently obtaining loan agreements.

ALSO READ | Covid Vaccination In Mumbai To Resume From Friday; BMC Gets 61,200 Doses Of Covishield, Covaxin

The ED has attached several assets of Nirav Modi in India running into crores of rupees in connection with the case.

Nirav Modi’s uncle Mehul Choksi, who was also charged in connection with the PNB scam, is currently in custody in Dominica on charges of illegal entry. The fugitive businessman allegedly perpetrated these frauds in collusion with his uncle.