Amid Exit Rumours, Karnataka CM Urges Supporters To Not Protest Against BJP In Any Eventuality 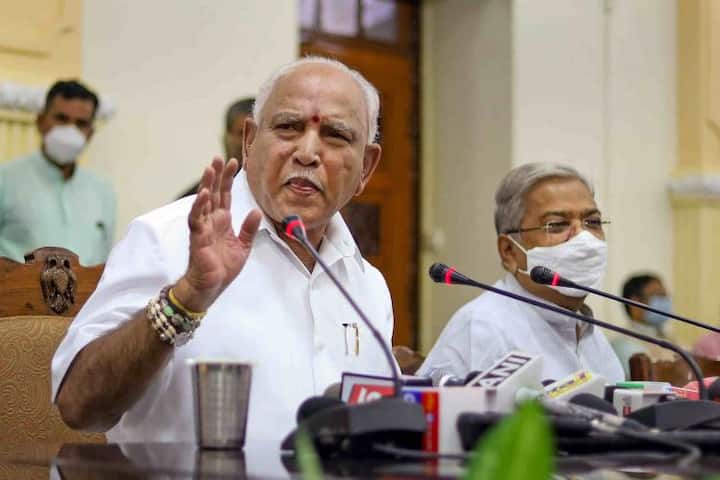 Bengaluru: While the speculation regarding Karnataka Chief Minister BS Yediyurappa’s resignation is rife, the Bharatiya Janata Party leader on Wednesday appealed to party workers and supporters not to indulge in protests or issue statements irrespective of any political developments.

“I am privileged to be a loyal worker of BJP. It is my utmost honour to serve the party with the highest standards of ethics and behaviour. I urge everyone to act in accordance with party ethics and not indulge in protests or indiscipline that is disrespectful and embarrassing for the party,” he tweeted.

ALSO READ | Covid Vaccination In Mumbai To Resume From Friday; BMC Gets 61,200 Doses Of Covishield, Covaxin

“The party is equivalent to my mother. The affection should not cross its limits. The disrespect towards the party would be too painful for me. I hope my well-wishers will understand my feelings in this regard,” he wrote in Kannada.

Siddaganga Mutt seer Siddalinga Swami, who had led a delegation of seers to meet the Karnataka CM, said : “He (the CM) told us that Prime Minister Narendra Modi, Home Minister Amit Shah and party President J.P. Nadda have special respect for him as they allowed no one who are aged above 75 but him to rule.”

“CM also said that he would work for the party until his last breath,” he added.

Earlier, sources informed ABP News that CM BS Yediyurappa is likely to resign citing age and health-related reasons. He will continue to deny the reports till the development is finalised and the party leadership will decide when to make the official announcement of resignation, they added.

The speculations gained momentum as CM Yediyurappa met Prime Minister Narendra Modi recently. The official reason given for the meet was that it is to discuss “pending development projects” pertaining to the state. He metBJP president JP Nadda after meeting PM Narendra Modi.

After his meeting with PM Modi, Yediyurapa jibed that he was unaware of any leadership changes in Karnataka.

“I don’t know anything about leadership change, you have to say. In my discussions with PM Modi, I appealed to him for permission to carry out pending development works in the state,” he told media persons in response to a question.

The decision regarding who is going to be the next Karnataka CM will be finalised soon, said sources. The prominent candidates being considered include Pralhad Joshi, BL Santosh, Lakshman Savadi and Murugesh Nirani.

Deepika Padukone recalls her struggle with depression, says mom realised when my cry was different