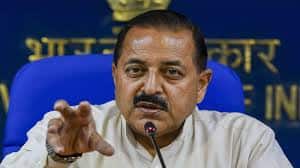 New Delhi: Defending its stand on monitoring what retired officers can write, the Central government on Thursday said the rules were recently changed for retired officers planning to write on sensitive subjects pertaining to their erstwhile organisations to prevent “a loss to the country”.

Union Minister Jitendra Singh said prior to amendment, it was up to the official to decide whether the published material falls in the prescribed prohibited categories or not.

Putting forth the government’s stand in Parliament, he added if the officer felt that the material he is going to publish does not fall in prohibited category then he could publish it without any prior approval from the government.

READ: Uproar In Rajya Sabha As TMC MP Snatches Pegasus Statement From IT Minister, Tears It

Clarifying the logic behind the decision, Singh said: “Later on, in case the government comes to a conclusion that the published material comes or falls under the category of prohibited material, a loss to the country would have already happened.”

“To prevent such situations, the current amendment has been made,” he added while clarifying that all stakeholders were consulted before amending the rules.

The Centre had last month amended the Central Civil Services (Pension) Rules, 1972, and brought in a clause which states that those working in organisations mentioned in the Second Schedule of the RTI Act, upon retirement, will not be allowed to publish anything related to “domain of the organisation, including reference or information about any personnel and his designation, and expertise or knowledge gained by virtue of working in that organisation” without prior clearance from the head of the organisation.

Notifying the Central Civil Services (Pension) Amendment Rules, 2020, the Department of Personnel and Training under the Ministry of Personnel, Public Grievances and Pensions introduced this condition as a substitute clause in rules on pension subject to future good conduct.

As per the amended rules, the pension of the officer could be withheld if he did so.

Several retired officers have, however, expressed disappointment over the new rules and termed them unreasonable.

Karisma Kapoor, Kareena Kapoor Khan shot together for ‘something exciting’