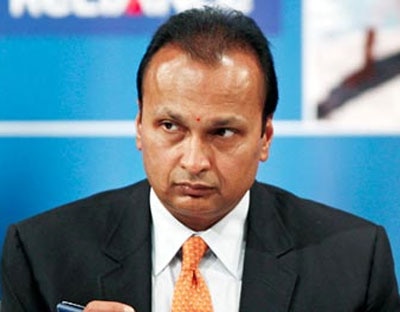 New Delhi: In the new list of suspected targets of Pegasus spyware, the names of industrialist Anil Ambani and another senior Reliance Anil Dhirubhai Ambani Group (Reliance ADAG) official is included over suspicion of their phones having been hacked.

A list of many more names was released on Thursday after it was reported that former Congress President Rahul Gandhi, poll strategist Prashant Kishor, TMC leader Abhishek Banerjee, and Union IT Minister Ashwini Vaishnaw were among the potential targets of Israeli spyware ‘Pegasus’.

As per news website The Wire, the phone numbers used by Anil Ambani and another Reliance ADAG executive are included in the leaked list analysed by media partners of the Pegasus project group.

However, it could not be confirmed whether Anil Ambani is currently using that phone number. At present, there is no response from ADAG regarding the report.

As per the report, the phone number of Dassault Aviation’s representative in India, Venkata Rao Posina, former Saab India head Inderjit Sial, and Boeing India boss Pratyush Kumar were also on the list.

The phone number of Harmanjit Negi, head of French company Energy EDF, is also included in the leaked data. He was part of the official delegation during the visit of French President Emmanuel Macron to India during this period.

The Wire also reported that former CBI chief Alok Verma, who was sacked in 2018 after a clash with the union government, was also on the leaked list. He was said to be added just hours after being removed from the post.

Reports on ‘Pegasus Project’ had alleged that over 40 journalists, 3 prominent opposition leaders, 1 constitutional authority, 2 serving ministers in the Narendra Modi government, current and former heads and officials of security organisations, and a large number of businessmen were part of the list of potential or past victims of the Pegasus project.

While the Opposition parties target the Union government over the claims, the Centre has vehemently denied these allegations.